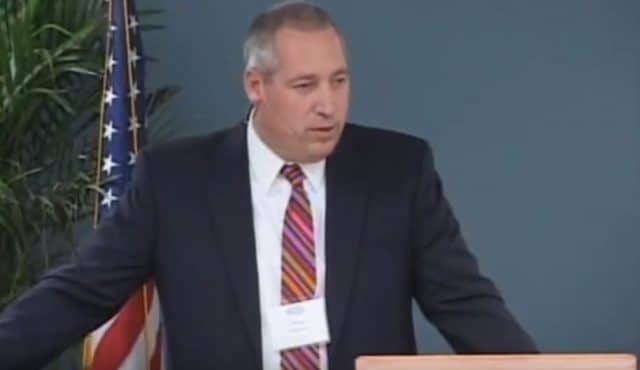 A Tennessee district attorney who argued last year that the reason he would not prosecute a domestic violence case between a gay couple as a regular assault is that “there’s no marriage to protect,” now says the criticism he has received from his controversial remarks are infringing upon his religious rights.

Coffee County District Attorney Craig Northcott argued in court this week that his public statements doubting whether Muslims and LGBT individuals are entitled to legal protections, should not be grounds for his removal as special prosecutor, as argued by the attorney for student activist Justin Jones.

Northcott was defending himself in court after one of the people he’s prosecuting tried to get him removed as special prosecutor on the grounds that he was not capable of faithfully upholding state law and applying it equally to every citizen.

“It’s constitutionally repugnant what they are trying to do,” Northcott told Davidson County General Sessions Judge Dianne Turner. “They are trying to impose on me a religious and political test for serving in my office, for conducting my job… Everything you heard them arguing just now was they don’t like my theological and political beliefs.”

It was recently revealed that Northcott had posted comments on Facebook stating that Muslims do not have constitutional rights because they don’t believe in “the one true God.”

In another Facebook post, Northcott denounced NFL players for taking a knee during the National Anthem, calling it an “attack on Christianity.”

A video later surfaced in which Northcott said he did not use the state’s domestic violence laws to protect LGBT individuals because his faith does not allow him to recognize their relationships.

“So the social engineers on the Supreme Court decided that we now have homosexual marriage. I disagree with them. What do I do with domestic assaults?” he tells the crowd in the recording.

“The reason that there’s enhanced punishment on domestic violence is to recognize and protect the sanctity of marriage. And I said there’s no marriage to protect. So I don’t prosecute them as domestics,” Northcott added.

Northcott said he believes public officials should use the Bible in their work.

“When it happens, victims, survivors rely on those charged with enforcement of the law to protect them,” Sanders told NewsChannel5 Nashville. “And, in this case, it looks like we have a district attorney who is willfully ignoring the marital status, the relationships of members in our community and not protecting them fully.”

Jones’ attorney, Nick Leonardo, told the judge that “it’s his inability to follow the law and the oath that he has taken” that creates the appearance of impropriety.

The student activist was protesting what he views as the state’s discriminatory policies when he was arrested.

“This case is every bit about free speech,” Leonardo said.

“This case is every bit about race and equality and marginalized populations. And with those sorts of views, judge, it’s impossble for Mr. Jones to get a fair trial.”