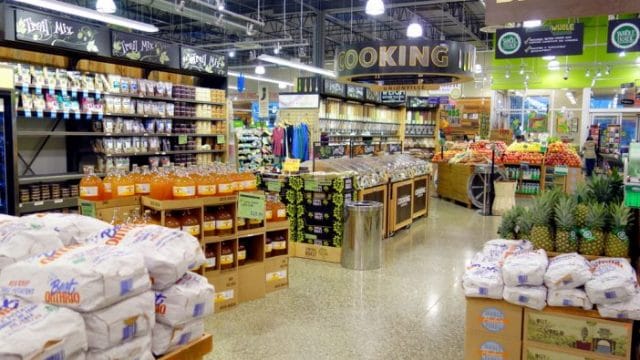 And this time, they’re encouraging violence against everyone involved by basically saying that the program facilitates child rape.

In its usual overwrought and alarmist style, OMM writes:

A retailer that once promoted organics and clean food is now saturated in absolute filth, exploiting America’s children to be “groomed” by drag queens. Whole Foods Market is now sponsoring a Drag Queen Story Hour event to indoctrinate children into transgenderism and homosexuality. Their goal is to normalize the LGBTQ lifestyle.

Whole Foods Market was one of the primary sponsors of the Drag Queen Story Hour held in Atlanta, GA…

The disturbing events involve men dressed up as garishly adorned women who read LGBTQ-themed books to young children under the guise of performing a public service. Some drag queens have admitted their goal is to “groom” the next generation.

If you shop at Whole Foods Market, you are also supporting child exploitation…

In none-too-subtle language, OMM is basically implying that gay, trans people and drag performers want to have sex with children. “Grooming” is a noun defined as “the action by a pedophile of preparing a child with the intention of committing a sexual offense.”

It’s a disgusting insinuation that actually encourages violence against queer people and children. One armed protestor was arrested after terrorizing parents and children at a Drag Queen Story Hour in Houston, not that OMM cares.

Opponents of Drag Queen Story Hour have tried suing cities whose libraries host them, though the cases have been laughed out of court. Conservatives have also mentioned the event in political attack ads.

The Amazon-owned supermarket chain known for its natural and organic products isn’t likely to curb its sponsorship of Drag Queen Story Hour based on OMM’s gross fear-mongering. Like most of OMM’s outrages, they mostly want people to “sign their petition” and submit their email addresses so OMM can hit them up for money later.

One Million Moms has a habit of picking on high-profile targets. Their past moral outrage has been directed at Parents magazine for featuring a same-sex couple, an anti-smoking ad that mentioned erectile dysfunction, Highlights magazine for acknowledging the existence of gay people, Scholastic books for featuring LGBTQ-inclusive children’s books, the Roseanne reboot for featuring a non-binary child, a Disney cartoon series for its brief scene of two men kissing, a Zales jewelry commercial for featuring a lesbian couple and the fairy tale drama series Once Upon a Time for showing a lesbian kiss.

The group is an off-shoot of the anti-LGBTQ hate group American Family Association.