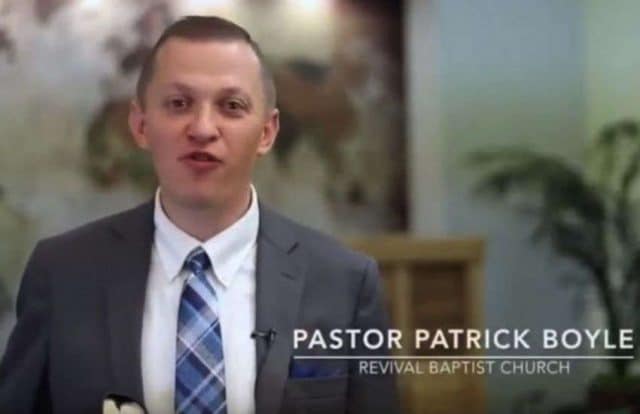 A group of Christian hate-preachers are planning to host a conference in Florida this week called “Make America Straight Again”.

The timing of the event will coincide with the third anniversary of the Pulse Nighclub massacre in Florida.

The conference has been organised by a group of New Independent Fundamentalist Baptist (NIFB) preachers.

Running from Friday to Sunday, the Orlando conference aims to spread anti-LGBTI sentiment, according to local media reports.

‘They are beyond reach, the Sodomites,’ said Pastor Patrick Boyle of Revival Baptist Church – one of those involved in hosting the MASA conference – to Spectrum , a local news outlet.

‘We are not trying to reach them. We are trying to warn society that if we embrace that, you are going to lose your children … The schools are telling them it’s an alternative lifestyle choice,’ Boyle said.

A video posted on the NIFB website announced the event, shows Boyle announcing the event. He also names a raft of hate-preachers who will also be present.

They include staunch anti-LGBTI preachers such as Tommy McMurtry, Steven Anderson and Roger Jimenez. Anderson has been banned from several European countries on account of his bigoted views.

The video also claims the time and place of the event was chosen because it is the Gay Pride week in Orlando.

“They’re going to be out proud of who they are and daring someone to say something, and we’re going to go ahead and take them up on it”, Pastor Boyle says in the video clip.

McMurtry also told his congregation that he hoped people would protest the MASA conference because it might get violent, and that could be a pretense for attendees to hurt or murder gay people, religious dialogue site .