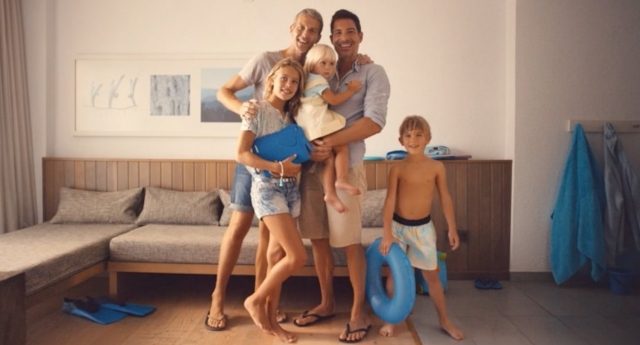 Thomas Cook has featured a family with same-sex parents in a bid to be “bold and contemporary”.

The ad features a same-sex kiss and gay parents, and will debut on Christmas Day.

The aim of the ad is to show that Thomas Cook can create experiences for different people at its resorts around the world.
The marketing director of Thomas Cook, Jamie Queen, told Marketing Week of the ‘You want, we do’ campaign: “I think marketers can always do more to represent the needs of the consumer and that’s what we’ve tried to do with the gay kiss. It comes down to the needs of our customers and addressing a modern population.”

“We’ve produced a very different, bold campaign to suit the needs of a hugely fragmented market. The visual style is very modern and reflects similar trends we are seeing in Snapchat filters, gifs and Boomerang,” Queen continues.

“The ad is not just a 60 second ad that has been cut down, it’s a modular video framework that is very similar to James Corden’s Late Late show. The overall campaign is contemporary to work with modern media.”

Thomas Cook in 2014 apologised “unreservedly” after a lesbian couple complained for being told to just “act as friends or siblings” after being advised to take their honeymoon in a country where being gay is illegal.

Rebecca Harvey and her fianceé told PinkNews they were “pushed” to book a holiday in Tunisia, after a member of staff at the Taunton branch recommended it as a destination.
Saying they did not realise the country had anti-gay laws, she went back to the branch to complain.