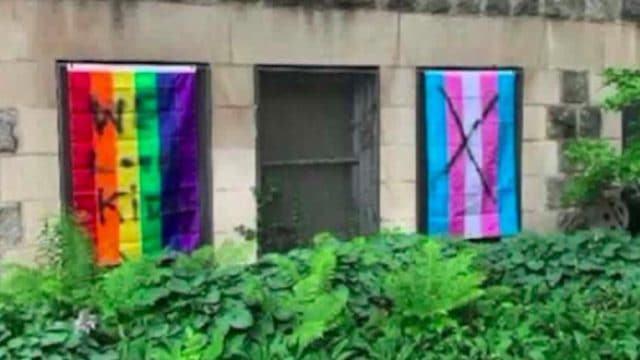 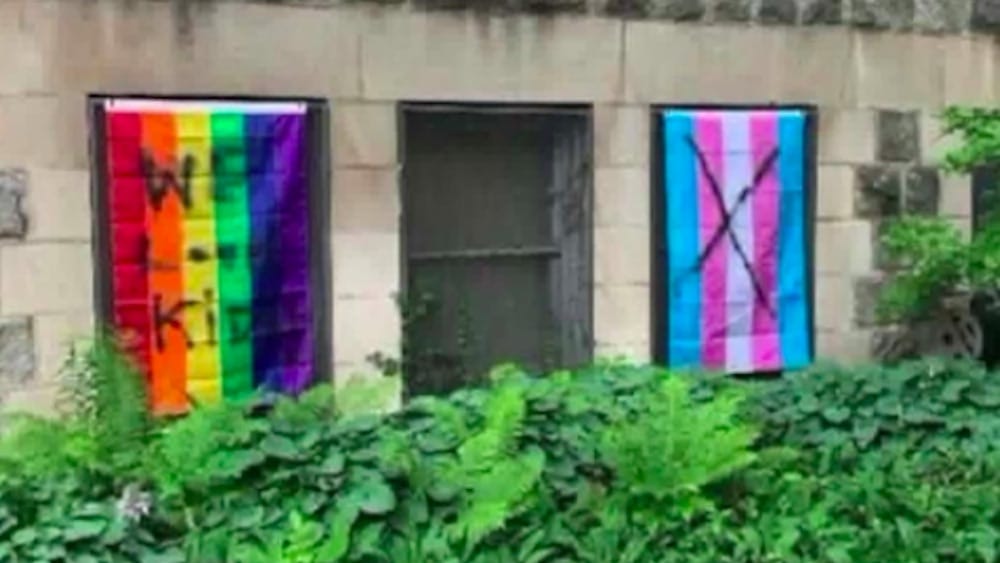 It seems like vandalizing pride flags has become a pastime for haters. The most recent instance happened this last Sunday near 3 a.m. when a vandal was caught on camera jumping a fence at Wicker Park Lutheran Church in Chicago, Illinois to spray paint two flags hanging outside the church.

The vandal spray-painted a black “X” on the transgender flag and “We love kids” on the Pride flag, presumably to imply that queer people are pedophiles. (How very 1950s.) Police are now investigating the incident as a possible hate crime.

Even worse, just two weeks ago another vandal ripped down the church’s pride flags too. The church said that previous to these incidents, it had experienced no issue with the flags, which hang year round, for many years.

But in a recent bulletin to congregation members, the church’s Reverend Jason Glombicki said that the church will defiantly show its support for LGBTQ people by planting hundreds of rainbow flags in the church’s front yard this coming Sunday.

Glombicki wrote (bolding and linking, his):

National statistics suggest that anti-LGBTQ hate crimes like this have been increasing since 2016. The rise might be connected to Trump’s anti-LGBTQ rhetoric and policies.