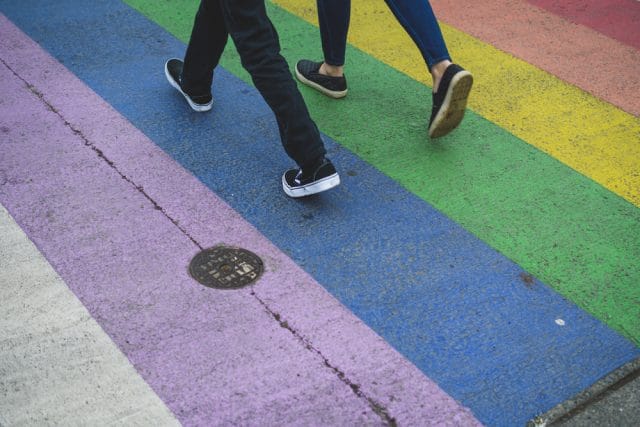 The city of Moncton, New Brunswick says it is waiting for the results of a national report looking into the safety of rainbow crosswalks.

City spokesperson Isabelle LeBlanc says officials have ordered the study from the Transportation Association of Canada and must carefully review the results before they can allow any more pedestrian walkways to be painted purple, blue, green, yellow, orange, and red.

This all comes after the city already began painting some of its crosswalks to show support for the LGBTQ community in 2017, but abandoned the project in 2018 after people expressed “safety concerns.”

Erica Andersen, a spokesperson for the Transportation Association of Canada, said that “additional research” still needed to be conducted on “non-standard colors and designs.”

Anderson believes the results from that study “would likely be available sometime in 2021.”

But members of the Moncton area LGBTQ community aren’t buying it.

“There aren’t any other municipalities in our experience that have regressed on their practice of painting rainbow crosswalks,” Charles MacDougall, a co-ordinator with River of Pride, said this week.

“It’s a large bureaucratic process that is far too complicated for our liking. We feel this is extremely disappointing, even a little annoying.”

Meanwhile, LeBlanc insists the city has no ill will towards LGBTQ people and says it still intends to show its support for the community.

“Forty rainbow banners were produced last year to line up along Main Street,” she notes. “That initiative is continuing this year and likely for the next few as well.”

LeBlanc added the banners will go up shortly after July 7 and will remain until late August.

Because blocks and blocks of rainbow banners flapping in the wind are so much less distracting than a rainbow crosswalk.