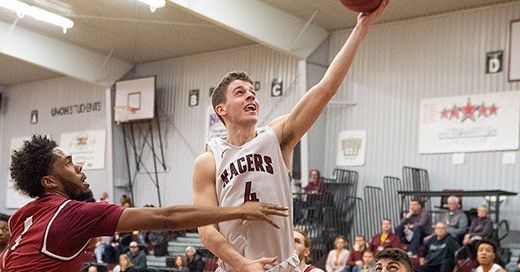 It was terrifying how much fear and anxiety saying only a few words could bring me. It was March 19, and it was the day I finally decided to let the world know who I was.

Leading up to that day, there wasn’t an hour that went by without me thinking to myself how I would tell people I’m bisexual. For years, I would sit in my room at night and try to convince myself to come out. I didn’t even know where to start.

I remember coming out to my two best friends a couple of years ago and it was the first time I actually told anyone. I had my feelings bottled up for so long that having someone to talk to about it was a completely new experience. It gave me hope having those two people to confide in and I don’t know where I’d be without them.

It is unique to be bisexual and being bisexual makes me feel free. I know that whether I fall in love with either a man or a women, I can be myself and be happy. Although I do prefer guys over girls, I feel that it is OK to leave myself open for whomever may come into my life.

Being an athlete made it really difficult to open up about being attracted to guys. The stigma towards gay athletes in basketball and sports in general can be very toxic to someone like myself.

Growing up in Pickerington, Ohio, a small city just southeast of Columbus, I played sports all my life, from soccer to basketball. It was always my way of expressing myself without having to say anything. On the court and field, it always was easy to relate with teammates.

Once the games ended, I always felt out of place.

But once the games ended, I always felt out of place, but it was something I never actually confronted.

I dated girls throughout high school, trying my best to fit in to a stereotypical jock persona. Doing this drove me far away from who I really was. I think acting this way was in part from my early days of playing sports where I would always hear words such as “faggot” and “you’re gay,” which led to me thinking it wasn’t OK to be gay. For the most part I was immune to this and even used those words myself. 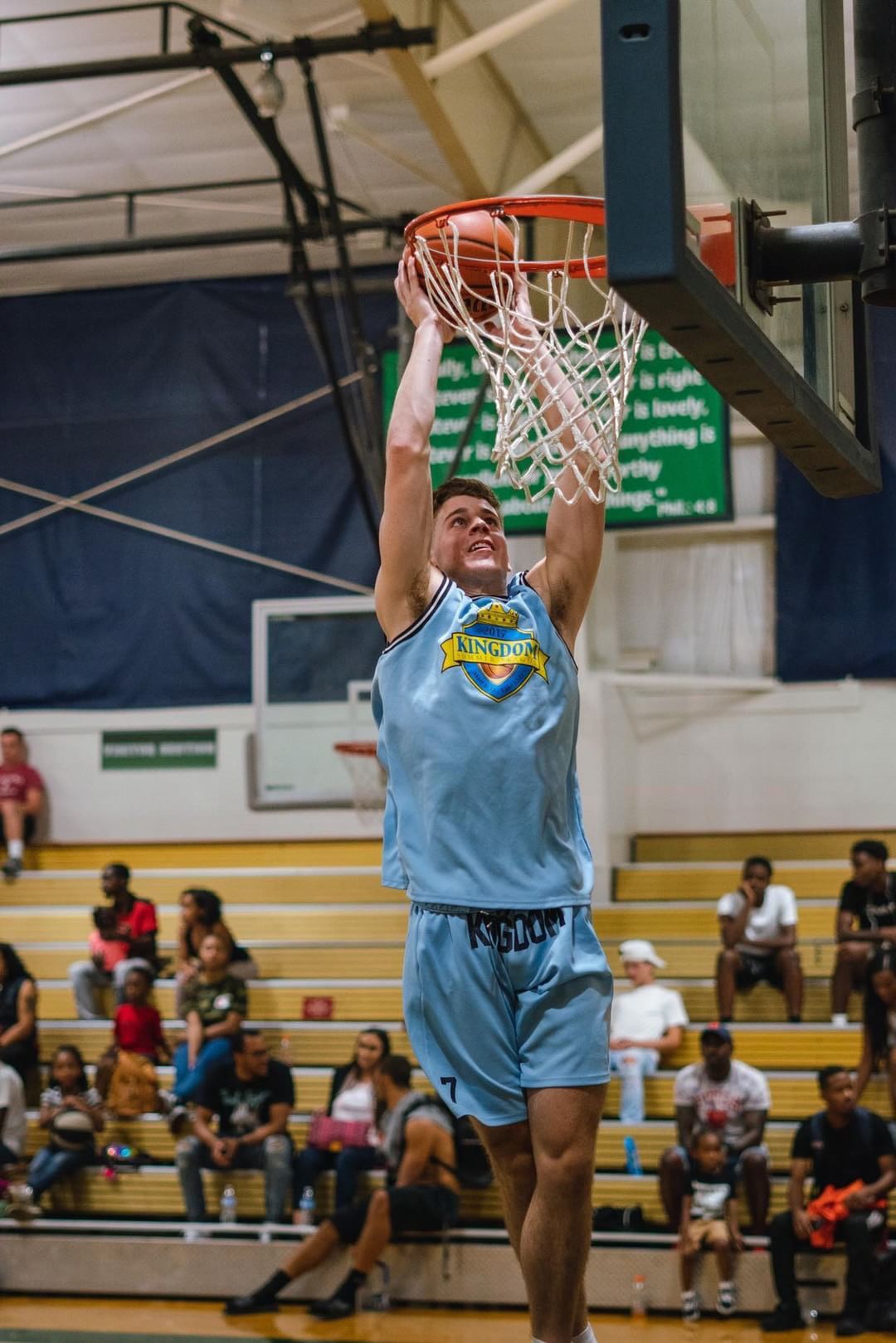 Zach Montes during a summer pro-am league.Photo by Cyrus Gomez

I planned on playing basketball after high school but in turn decided to attend West Virginia University to focus on academics. I intended on coming out since I was no longer in a sports culture, but not having that outlet of basketball allowed for my depression to really take hold. It ate me alive not being able to be open about my sexuality and made everything more difficult.

A lot of my struggles that year were because of my sexuality and I decided to be open with my close friends and family. That was the first step in my coming out process. Telling my family was very taxing because I didn’t know how they would take it.

My family and I are closer than most families. Thinking that they would not accept me was far-fetched, but that voice in the back of my head always warned me otherwise. Coming out to my mom was one of the hardest steps of my life. The possibility of being treated differently by the person I care about most was paralyzing. Being so close to her and receiving the acceptance I did was hard to explain.

I came to figure out that there was no reason to sacrifice who I am to be able to do what I love.

I’m thankful everyday to have family around me who loves me unconditionally no matter whom I choose to love. Going through the process of telling the people I love most about my sexuality put things in perspective. I grew to accept myself for who I was. I came to figure out that there was no reason to sacrifice who I am to be able to do what I love. This realization drove me to take a year off from school and get back to playing the game I love.

Since enrolling at the University of Northwestern Ohio to play basketball, I have found a great sense of belonging by being around my teammates and coaches who became a family. Being able to drop all my worries once I walk onto the court gives me a feeling of stability and freedom.

I had plans of coming out quickly, but I still kept up a very straight persona. Once basketball season ended after my freshman year, I felt that emptiness set back in. Over spring break this year, on March 19, I got up the courage and posted the following on Instagram:

Taking a huge step in posting this. But for my personal growth I know I needed to. I don’t want to turn a day older without being more open and true to myself.

I’m bisexual, and the past couple of years I have been in a really dark state of my life mostly because of my constant fear of telling people that. I was never comfortable telling anyone I was interested in guys too because I didn’t want my relationships to change with them and it caused me to push away a lot of truly awesome friends.

The people close to me have known for awhile but I want to be open with my friends who don’t. Being an athlete has made it really difficult for me to be open up about this because of certain stigmas in sports but there is no reason to sacrifice who I am to be able to do what I love.

I think it’s important for me to share this, not only for my own peace of mind, but to help anyone struggling to be who they really are, no matter the situation. I know how it feels to be lost and alone. Feeling vulnerable has always brought me anxiety, but doing this allows me to take a huge weight off my shoulders that I have been carrying for too long.

My biggest fear was how my guy friends would treat me since these are the people I spend most of my time around. I thought a lot about how each person on the team would react and didn’t want anyone to feel uncomfortable around me.

The culture in a locker room can be intimidating. You want to feel involved with your teammates and finding that place where you’re comfortable can be difficult. But since coming out nothing has changed.

I have had multiple friends come up to me and tell me how brave I was for putting myself out there. Others on the team texted me saying things such as, “I support you and I’m really happy for you. It takes a lot to do something like this especially in the world today. I respect you, bro.” It really shows the type of person someone is when they reach out like that because I know it might be uncomfortable at first to have that conversation.

Having that support and acceptance from my peers while not receiving any different treatment from them has made me extremely grateful of the people I have around me.

Playing basketball gives me a feeling I can’t describe. Being at practice, the road trips and going to battle together during games give me memories that are priceless. 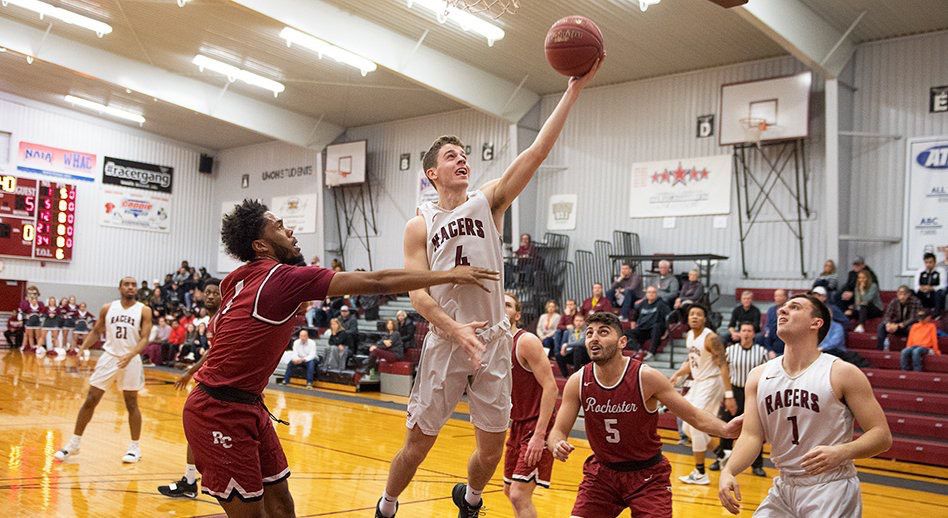 Zach Montes started all 30 games and averaged 15.2 points, 4.5 rebounds and 1.5 steals during his freshman year in college.

This past season I started all 30 games and averaged 15.2 points, 4.5 rebounds and 1.5 steals per game. I was honored to be named to the Wolverine-Hoosier Athletic Conference (NAIA) All-Freshman team. Now that I am out and confident in myself, I am excited to focus on becoming the best basketball player I can be.

My message to other athletes like myself is to stay true to who you are, build a base of friends and family who support you through thick and thin. Having those close friends and family will allow you to build up the strength and courage to come out publicly one day.

Zach Montes, 20, will be graduating from The University of Northwestern Ohio in the spring of 2022. He is a Marketing major and plans on furthering his studies after undergraduate. He is a member of the basketball team. He can be reached by email (ztmwv0001@gmail.com) or Twitter (z_montes5) or Instagram (z_montes3).