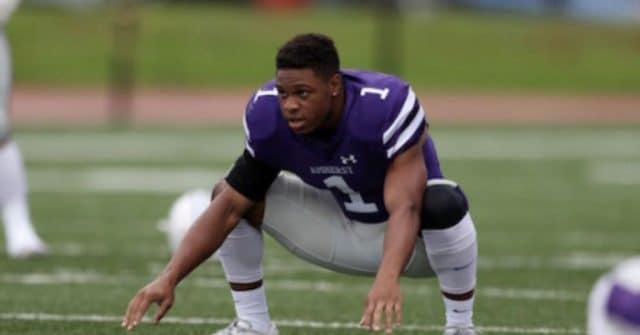 Sports have been at the forefront of my life since I was a toddler.

I grew up playing football and basketball at the highest level in national tournaments and state championships. I transferred to a high school on Chicago for the sole purpose of playing a sport and went on to be a captain of the football team.

It was safe to say that being an athlete was my sole identity.

Although being an athlete is something that has provided me with much happiness and an escape from reality, it is only a fraction to the complete whole of who I am.

In the final years of high school and into college I realized I am much more than that: I am a student, a son, a brother, and I am gay.

Being a black man from the south side of Chicago has bred me in a certain way. Boys are taught to be tough and have a “dog” mentality. We are taught that no one is better than us and everything is a competition.

Along with this “South Side” mentality comes a sense of hypermasculinity that prompted me to feel like I could never be gay and a strong male.

I attended an all-boys Catholic high school on the south side of Chicago, knowing very little about my sexuality or how it would affect me down the road. It was a terrifying experience not to have anyone to confide in at a time when I was trying to figure out who I was as a person.

I was able to bond with my classmates over football. In one of my first interactions with a teammate, he said he thought I was gay because of the way I spoke, but he changed his mind when he saw me play football.

This interaction distinguished what the rest of my high school experience would be like. I was able to make friends, but I felt like I had to leave out the part of me that made me whole.

For years I felt restrained and that I could never be my true self around my friends, teammates and family. I would listen to my classmates talk about something being “gay” or calling someone a “faggot.”

I witnessed the ignorance of some of my family members towards the LGBTQ+ community on social media. Given these instances, I wondered if I would ever be accepted by those who were closest to me.

I was able to blend in as the two-sport jock and football team captain but always remember feeling different from my peers.

I was able to blend in as the two-sport jock and football team captain but always remember feeling different from my peers. I was the same as my classmates on the outside. I talked like them, dressed similarly, watched the same TV shows and movies and liked the same music. We were the same, but I felt like me being open about my sexuality would make me undesirable to my heteronormative peers. 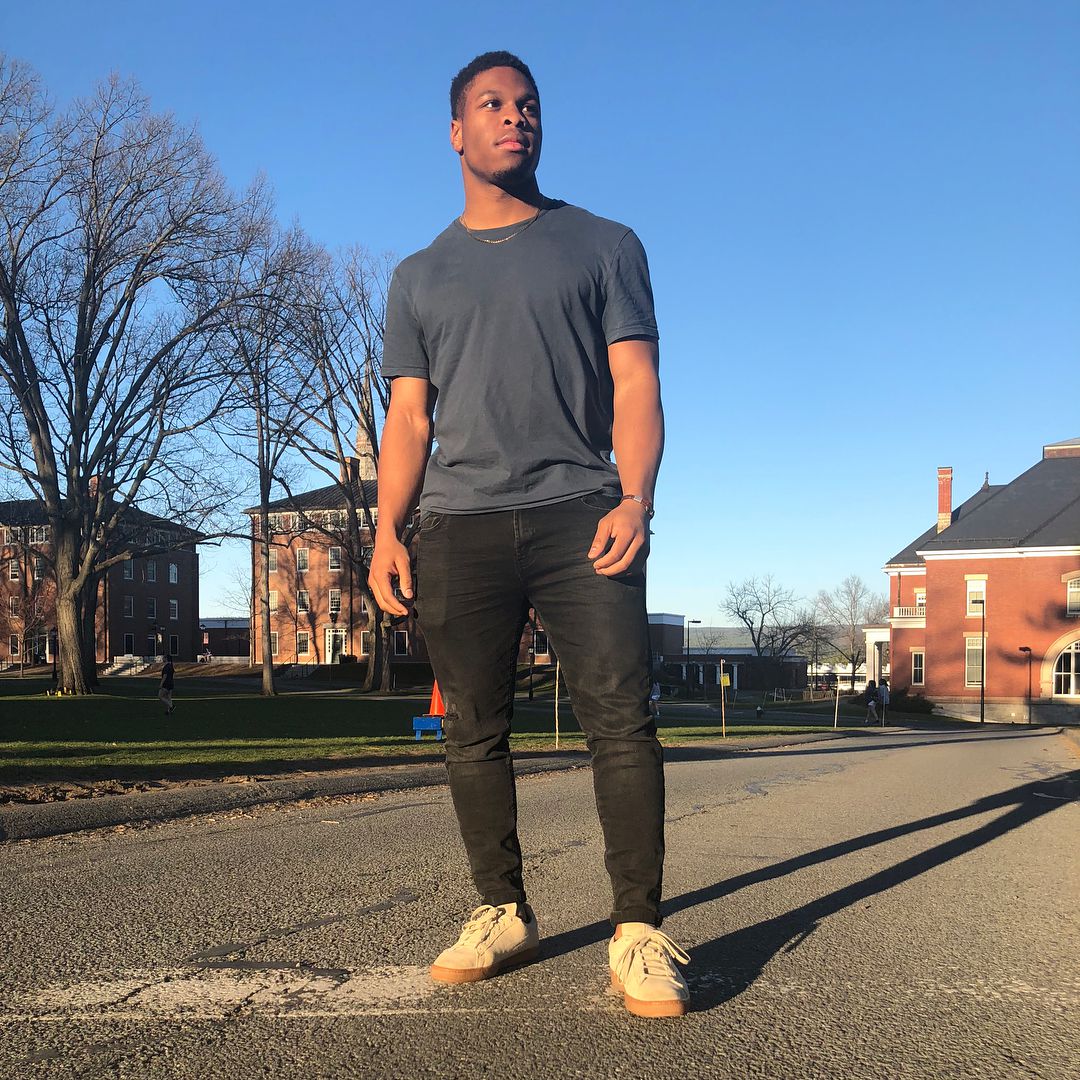 Once I graduated high school, I looked at college as an opportunity to finally rebrand myself. I was excited to go to Amherst College in Massachusetts. I loved all the coaches and was eager to meet my new teammates.

I came into college thinking that I would be in a new environment and that I would be able to create a new identity for myself as the athlete who was also gay. Instead, I found it easier to hide who I am.

Not only was I an athlete, but I was a black male athlete from the south side of Chicago playing a contact sport. I felt like I had to live up to an expectation. I thought that I would lose respect from teammates, coaches and opponents, which made it harder to share my full self.

I would often feel lonely or lost because I didn’t have anyone to confide in. Reading the stories in high school of athletes who are like me on Outsports made me feel empowered that I wasn’t alone. Through those stories, I finally started to accept myself, which was the first step to me sharing myself.

Sophomore year of college I decided to open up to two of my best friends. Although I knew they would have my back, it felt great to open up to even a few people.

I felt myself go through periods when I felt very confident in myself and times when I was completely discouraged. One morning as I was abroad in Prague, I decided that I didn’t want to hide anymore.

Petrified at the reaction I’d get, on April 23 this year I posted this online:

“I don’t really know where to start but I feel like it’s time I share my true self. If there’s anything that the past 8 months have taught me, it’s that those closest to you will care for you unconditionally and those are the people I want in my life. Being abroad has taught me that there is so much more in the world and that I don’t have to be a certain way because I play football, am from the south side of Chicago, or look a certain way. It has also taught me that I am the polar opposite of frat boys if I didn’t know that already. I look forward to growing as a person with those who love me for who I am. I’m gay.

The first text I got in response was from one of my teammates that read: “I just wanted to let you know what you did was hella brave and I respect the hell out of you for it. I’m always here for you no matter what, love you man.”

Following this, countless people expressed their respect and support for me as a friend and teammate. I felt like I could breathe again. The feeling of not having to put up a front continues to bring me happiness every day. 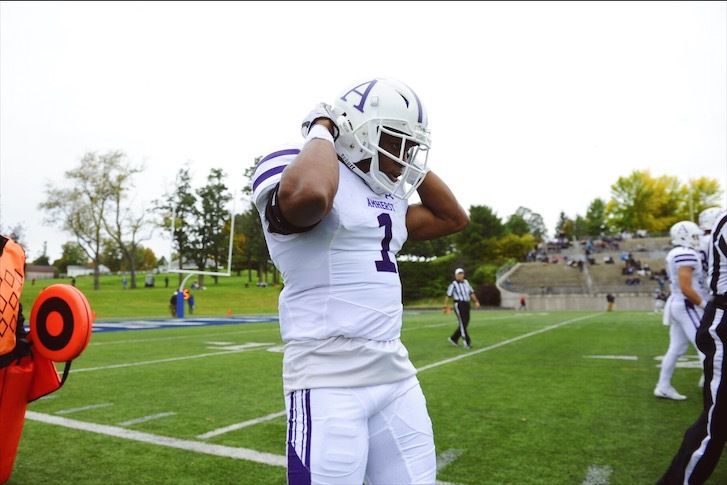 Avery Saffold was reelected captain for this season.

Since coming out, it has meant the world to me to receive countless texts that commend me for being the person I truly want to be. They have shown me that I don’t have to be subject to certain stereotypes just because I play football and that it is beautiful to be unique.

The biggest hurdle to get over in my journey was fearing myself.

I hope to be another voice confirming that there are others like us. We are not alone. I want black athletes to know that you can be your full self and be a leader in your sport no matter where you’re from.

The biggest hurdle to get over in my journey was fearing myself. If your friends and family truly love and support you, they will be there for you no matter what.

This past season we went 8-1 and were runners-up in the conference. As a captain of the team, I recorded 30 tackles, two interceptions and made all-conference first team for the second year in a row. I was reelected captain for this upcoming year, and look forward to a championship season with my team.

Avery Saffold, 21, will be graduating from Amherst College in the spring of 2020. He is a Psychology major and aspires to work in the NBA after he graduates. He also plays defensive back for the Amherst Mammoths Div. III football team. He can be reached by email at (avery.saffold@gmail.com), Instagram (@averysaffold), or Twitter (@asaff_18).