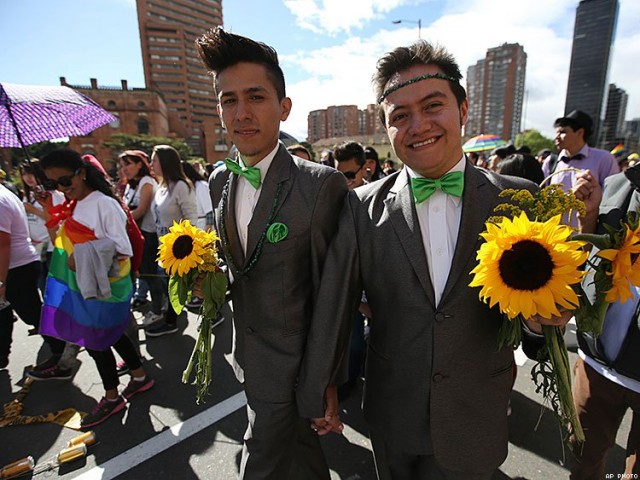 April 7, 2016 is a historical day for the LGBT community as The Constitutional Court of Colombia has ruled that beginning today same-sex couples can get married throughout the South American nation.

The 6-3 ruling provides equal marriage rights for same-sex couples. Judges and notaries are have the legal duty to legalize same-sex unions.

Human Rights Campaign (HRC) and those who support it celebrated the event:

“Today’s ruling by Colombia’s Constitutional Court marks an important moment for LGBT Colombians, and we congratulate the country’s many LGBT advocates who helped make this day possible,” said Deputy Director of HRC Globa, Jean Freedberg.
“Following victories for LGBT advocates in Ireland in May and in the United States in June, today’s ruling makes clear that global momentum for marriage equality has continued to grow, and we’re hopeful that other nations will provide same-sex couples the right to marry the person they love in the year ahead.”

The marriage equality continues to expand worldwide, and that’s a reason to celebrate in the hope that all the countries, one by one will legalize same-sex marriage and more people will accept that this is our human right.