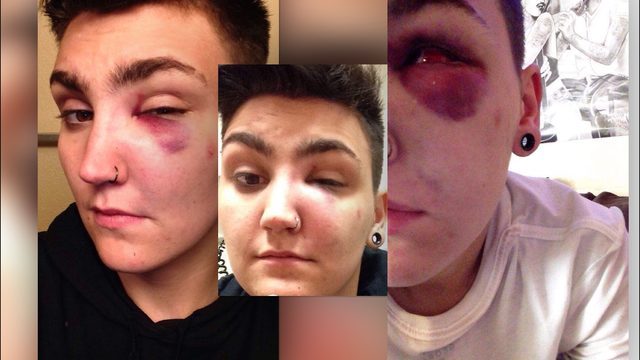 COLORADO SPRINGS, Colo. – “We’re not seen as humans by some people,” said Emmit Davis, a transgender man in Colorado Springs brutally attacked with his partner by a group of men. 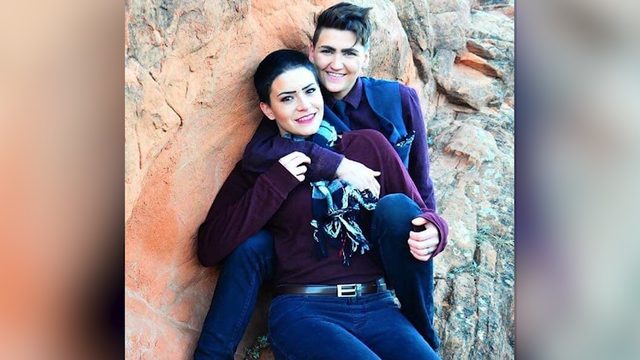 Davis and his partner of 6 months pictured above.

The attack happened this past Saturday as Davis and his partner were sitting outside on their porch.

“For it to happen in our own front yard, it was pretty terrifying,” he said.

Davis said three men jumped over the fence to his property on the southeast side of town.

“They started immediately saying ‘look at those d****’ … you know, homophobic slurs.”

Davis he tried to get them to stop, but the group quickly became violent.

“[The right] side of my face was completely unrecognizable,” said Davis. “It really sparked a fire in my community.” 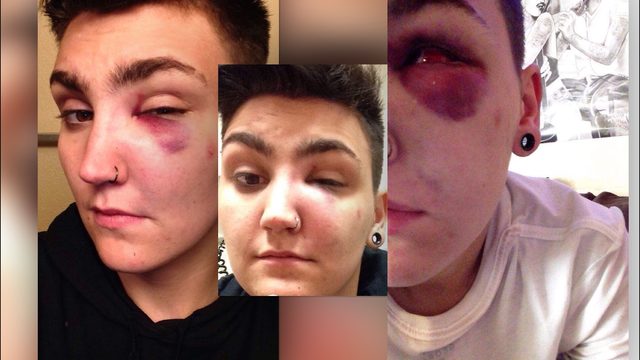 The right side of Davis’ face was swollen up after all three men beat him to the ground, pounding his eyes, and screaming racial slurs.

As it turns out, hate crimes like this are on the rise. 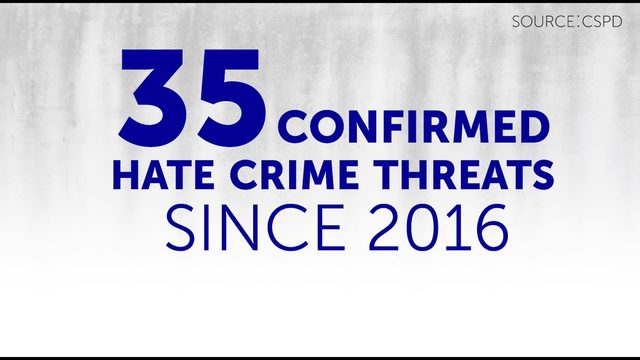 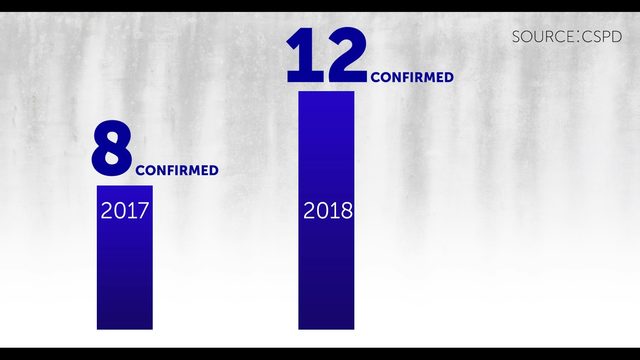 Note: These numbers include all hate crimes targeting different groups about race, religion, and sexual orientation.

“Each one of these cases are looked at and investigated at a very high level,” said Lt. Howard Black, with the Colorado Springs Police Department.

But for someone like Davis, who was just named Mr. Trans of Colorado Springs, it was hard to accept.

“I never in my life thought for being who I am, I would be assaulted,” said Davis.

Despite the bruises on his face, Davis said he’s not angry with his attackers.

“We don’t hate the people who attack us, if we fill ourselves with the same hatred that they fill themselves with… nothing is going to change,” he said.

Davis said CSPD is investigating the incident and detectives are searching for three suspects last seen walking in a group together on the southeast side of town.

If you have any information that could help investigators, you’re asked to contact CSPD’s tip line.