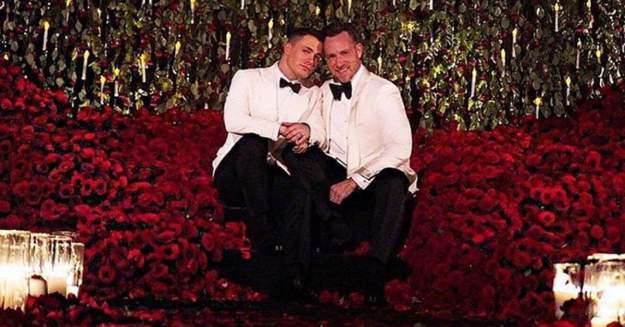 It looks like Teen Wolf and Arrow star Colton Haynes and celebrity florist Jeff Leatham are no longer together.

TMZ broke the news after realizing that the two have changed their Instagram account names to remove each other’s last names. In addition, Haynes has gone so far as to delete most of his pictures with Leatham in them.

This sudden split comes just six months after the two initially got hitched.

Up to this point, the relationship between the two seemed romantic and fairly open. They shared pictures of their engagements (Jeff proposed first back in March with Cher’s help and then Colton decided to also propose later).

The two then had a private wedding in October and have seemingly been doing well. That said, appearances aren’t always what they look like as it seems the two are now breaking up.

This sudden change is leaving many fans and media sources asking, “What happened?”