Home Gay Life Colton Haynes On The Struggle Of Being A Gay Heartthrob, Infamous XY... 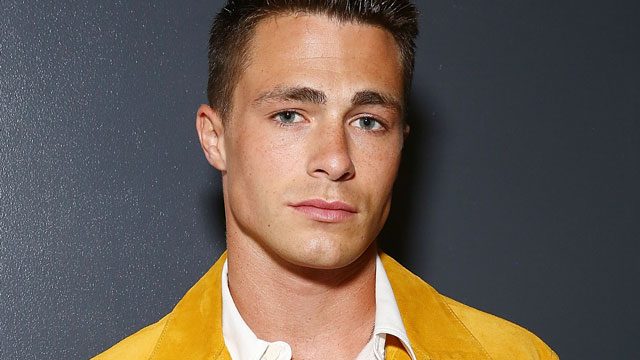 It would be easy to write Colton Haynes off as a pretty boy, an Instagay thirst trap, etc. But the truth is it’s damn hard to hate on someone who comes off as profoundly wounded as the former Aarow star does.

“If one more person tells me I have champagne problems I’m going to break the champagne bottle over their head,” Haynes tells Out’s R. Kurt Osenlund. In the magazine’s September cover story, the 28-year-old actor talks candidly about his well-publicized battle with anxiety, and all the other issues that have contributed to it.

Haynes opens up about that infamous XY cover shoot (“This was, like, the cover of Vogue for me. I was like, ‘This is it! I’m going to be in a magazine!’ I truly thought it was going to be this serious moment in my career.”) and his PR team’s efforts to scrub the photos from the Internet once his star began to rise (we were even threatened with legal action if we ran the photos). Haynes says he worried about how that was perceived by the LGBT community: “I looked like I was fucking gay-bashing,” he says. “Like I hated myself or I hated the gays, which was never the intention at all. I was just young and trying to make it in this town and doing what these people were telling me to do.”

He takes The Real O’Neals star Noah Galvin to task for his comments back in June criticizing the way Haynes came out, revealing that Galvin had initially expressed support. “When I came out, Noah tweeted, ‘Welcome to the family,’ and ‘So proud of you,’” he says. “Then, all of a sudden, I’m the worst, I’m a terrible person, and I’m a shame to the gay community.” His thoughts on Galvin’s public mae culpa? “I think anyone in their right mind would call bullshit on that.”

But the story isn’t all celebrity in-fighting and gay-on-gay shade. It gets kind of dark. Haynes claims that a former manager dropped him for being gay and suggested prostitution as a viable career alternative. He opens up about the trauma of high school bullying after he came out to a classmate at 14, which led to a troubled adolescence of drug experimentation and running away from home.