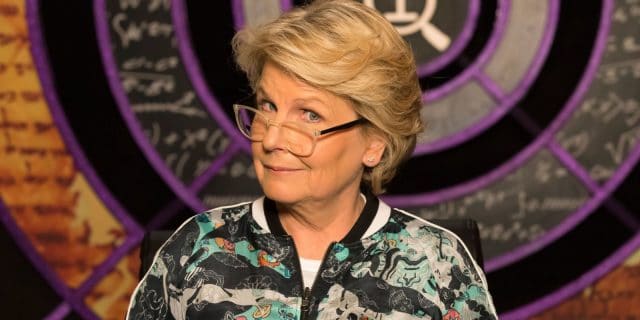 The lesbian writer, broadcaster and comedian Sandi Toksvig has weighed in on the LGBT+ school lessons debate which has lasted over seven weeks.

Parkfield school in Birmingham found itself at the centre of protests in March after announcing it would be introducing LGBT+ relationships education classes. The protests spread to nearby Anderton Primary School in May.

Speaking to Metro, The Great British Bake Off presenter said she feels that the ongoing debate, and the controversial comments from high-profile politicians that have accompanied it, shows the country hasn’t made as much progress as she’d thought.

“For a long time it felt like we were making progress, but watching politicians this month debate whether children should be taught about LGBTQ+ relationships shows just how fragile progress is,” she said.

“The logic that it might encourage children to be gay makes no sense – I never opted a single one of my children out of mathematics, and yet they are all thoroughly useless at it. It also assumes that being gay would be a terrible thing.”

Toksvig, 61, married her partner Debbie in a civil partnership ceremony in 2007, and the couple renewed their vows in 2014 when same sex-marriage became legal in the UK.

She’s been an outspoken supporter of LGBT+ rights ever since she publicly came out in 1994, when she was told she’d “never work again.” She and her family received death threats and had to go into hiding for two weeks, but the much-loved comedian didn’t stay out of the public eye for long.

Today she’s best known for her work on TV show QI, which made her the first female presenter of a British mainstream TV comedy panel show, and for her current role on The Great British Bake Off.

In 2015 Toksvig co-founded the Women’s Equality Party, an independent party dedicated to helping women fulfil their potential. She’s used her influence to speak out in support of LGBT+ rights, and in 2017 she backed a Stonewall equality campaign.