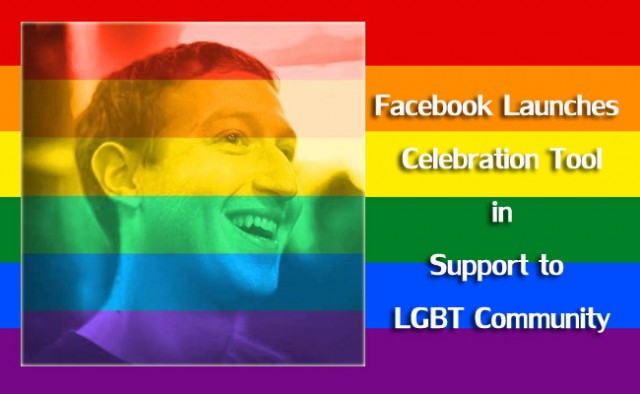 Almost a million of LGBT Americans have made their coming out on Facebook this year. A significant increase of users’ recognition in social networks has become a great testament of the LGBT movement achievements.

A new investigation showed that almost one million of LGBT Americans have made their coming out with the help of Facebook this year.

Within 12 months, nearly 800,000 of Americans admitted their homosexuality or their transgender identity in the world’s most popular social network. It was made by adding some changes to profiles identifying same sex attraction or even changing the gender.

The investigation stated that the number of people coming out on Facebook, is almost three times bigger than it was a year ago. The report states that the most significant growth, regarding the amount of brave people who took this decision, was recorded after the issuance of the decision of the June US Supreme Court that recognized the constitutional right of gay and lesbian couples to marry in all the 50 states of the USA.

Usually one out of the ten Facebook users changes his status of interest in same-sex relationship. On the day of the verdict of the Supreme Court, this figure rose twice – one of the five users. The following days after June 26, more than 26 million people have used the rainbow filter to paint their pictures on Facebook profiles with LGBT flag colors.

In total, about six million of Americans have made their coming out on Facebook during the last three years, 78% of which have already done it since the beginning of 2012. The authors of this investigation stated that “this growth suggests that the LGBT movement has made significant advances in the recent years.”

The general number of the LGBT pages fans in the social network has also grown over the past year by almost 25%.

About 5.7 million Americans enjoy at least one of the 300 most popular LGBT pages, including such organizations as the “Human Rights Campaign”, GLAAD and “Equality Now”.

It was mentioned in the report that “once again, we see a growing number of fans on the 26th of June when the Supreme Court stated its decision. Facebook pages and groups supporting LGBT rights, same sex marriage and equality got about 150,000 new fans for five days after the verdict”. By the way now LGBT people have their own holiday. 11th of October is announced to be the National Coming Out Day. So, guys, have enough strength to tell the whole world who you are indeed. Don’t miss your chance to be heard!