The first openly gay member of the Connecticut Supreme Court looks to be making history again: Andrew J. McDonald was nominated to become with a nomination to become chief justice on Monday by Democratic Governor Dannel P. Malloy. If confirmed, the 51-year-old former state Senator will be the first out state Supreme Court justice in the U.S.

He would replace Chief Justice Chase T. Rogers, who is retiring in early February.

According to the Hartford Courant, Malloy and McDonald have been close allies since McDonald helped elect Malloy as Stamford’s mayor in 1999. (After Malloy became governor, McDonald worked as his general counsel from 2011 to 2013.) 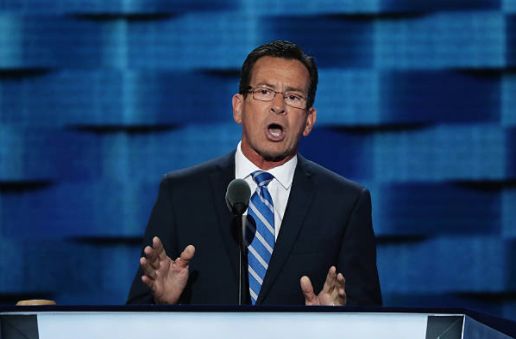 Malloy (above) appointed McDonald directly to the Connecticut Supreme Court five years ago, a rare instance of an attorney beginning their judicial careers at that level. He credited McDonald’s “temperament, compassion and intellect” for earning him the top spot, but added “It also can’t go without noting the national significance” of the trailblazing nomination. (While both Guam and Puerto Rico have openly gay chief justices, McDonald would be the first for a U.S. state.)

“I am deeply grateful to Governor Malloy for the confidence and trust he has placed in me with this nomination,” said McDonald, who also thanked his husband, Charles Gray, for his years of support.

“When I was born here in Connecticut a little more than 50 years ago, loving relationships like the one Charles and I cherish were criminal in 49 states, including Connecticut,” McDonald said. “And when I came out in the early 1990s, I had family members who loved me deeply but so counseled me against pursuing either a career in law or in public service because of the deeply ingrained prejudices held by some people at that time.”

Below, he discusses his experiences coming out.