Home Gay Stars Cooper Tells Us The T On His Separation From Ben Maisani. All... 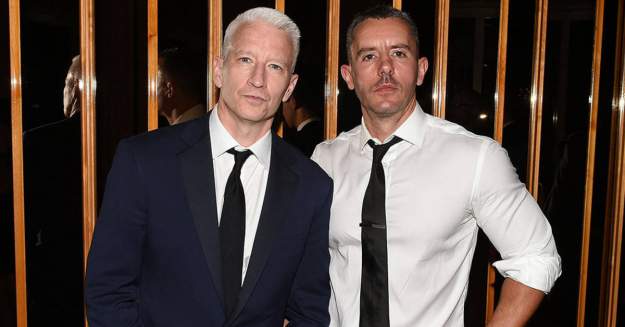 Silver fox is on the loose! Well, kind of.

Anderson Cooper has finally confirmed that he has split up with his longtime boyfriend, Ben Maisani.

Many feel that Ben and Anderson (did we ever call them Benderson?) had been on the rocks for some time as many reported seeing Cooper with another man. But gay men can have platonic gay friends, right? Well, some thought that a Dallas, Texas man, Dr. Victor Lopez, was gracing Cooper’s presence a little too much for just being friends as well as over the Christmas holiday time period.

Being all newsy and the like. Mr. Anderson Cooper officially announced that:

“Benjamin and I separated as boyfriends some time ago. We are still family to each other, and love each other very much. We remain the best of friends and will continue to share much of our lives together.” – ETCanada

Spies everywhere! Dailymail.co.uk got the scoop that the men are still living together as they report seeing both Both Cooper and Maisani leaving their home on Tuesday.

We wish them both a good separation, if that is what they want and needs.

Have you stayed friends with your ex? Exes?

Do you still live with your ex?