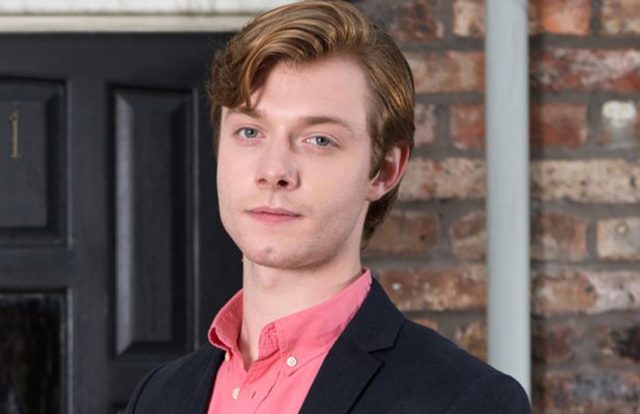 Coronation Street actor Rob Mallard has come out as gay.
The 25-year-0ld actor, who plans Ken Barlow’s son Daniel Osborne, has had concerns about coming out as he plays straight on the ITV soap.

‘I never planned to keep it quiet that I was gay,’ he told Gay Times.

‘The only concern I had at first was if I’m with a female character, will an audience who knows I’m gay in real life believe it?

‘But that was just my own fears because I do believe they will.’
Mallard came out at 18 to his friends and family, who were apparently ‘non-plussed’ when he revealed his sexuality.

‘I was very fortunate,’ he said. ‘I had a very non-plussed family and it’s become the subject of warm, friendly general humor over the years.’

On the show, Mallard’s character will be having a sexual encounter with Sinead Tinker next month.

The actor joined the Coronation Street cast in November 2016 as the third person to play Daniel.

He followed Lewis Harney, who played the character between the years of 1995-1997, and Dominic Holmes, who Daniel in 2007.
Mallard added: ‘I grew up watching Coronation Street, so the chance to be in it, especially playing a part like Daniel, is very exciting.’