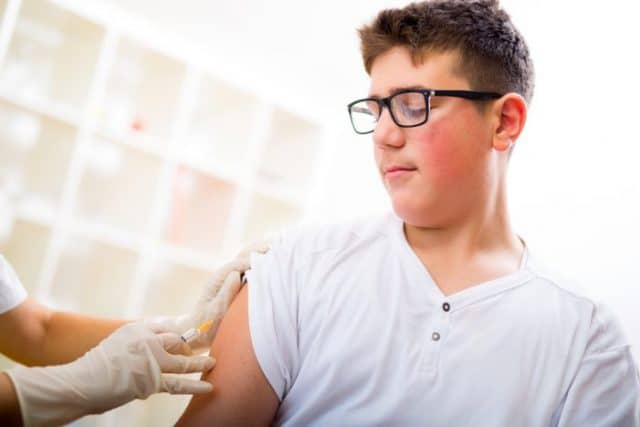 Early clinical trials by Merck are showing promise for a pre-exposure prophylaxis (PrEP) implant that could last up to a year. The move could be “game-changing” for those who use PrEP to halt HIV transmission.

The results were presented at the International AIDS Society (IAS) Conference on HIV Science.

“I think the implant study is potentially game-changing,” said Anthony Fauci, MD, the director of the National Institute of Allergy and Infectious Diseases (NIAID), to MedPage Today.

“The real problem with PrEP is, as effective as it is, people don’t adhere to it,” added Fauci. “If (patients) could go on their own, without anybody knowing, go to a clinic, get an implant and be good for a year, that would be phenomenal.”

The drug being used in the tests is MK-8591, also known as Islatravir. It is an investigational nucleoside reverse transcriptase translocation inhibitor, or NRTTI that helps prevent the spread of HIV.

In the Phase 1 study, 12 people were given an implant for 12 weeks, with four of those serving as a control group given a placebo implant.

Researchers found that the implant was well-tolerated by the body and effective in delivering the correct dosage of the medication. They’re looking forward to additional trials to access long-term results with the implant.

“An implant offers another choice for those who might in the future also have pills and injectables available. It could also offer a promising solution to those who face challenges adhering to a daily PrEP regimen,” said Anton Pozniak, the International AIDS Society President, via a press release.

“Taken together, the HIV prevention studies presented at IAS 2019 show that we are creating new tools to address the realities of people’s lives,” concluded Pozniak.