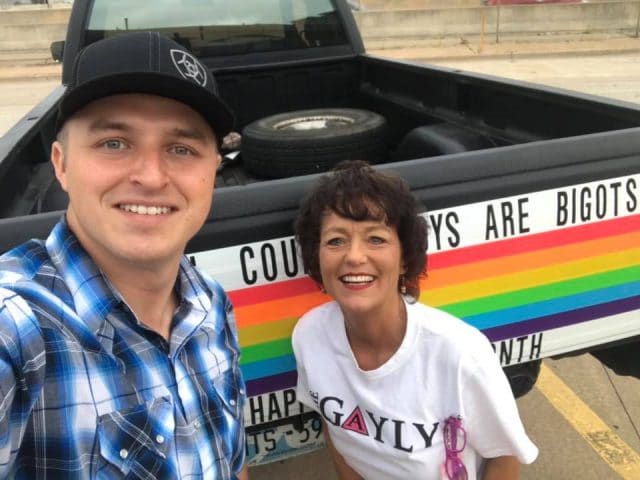 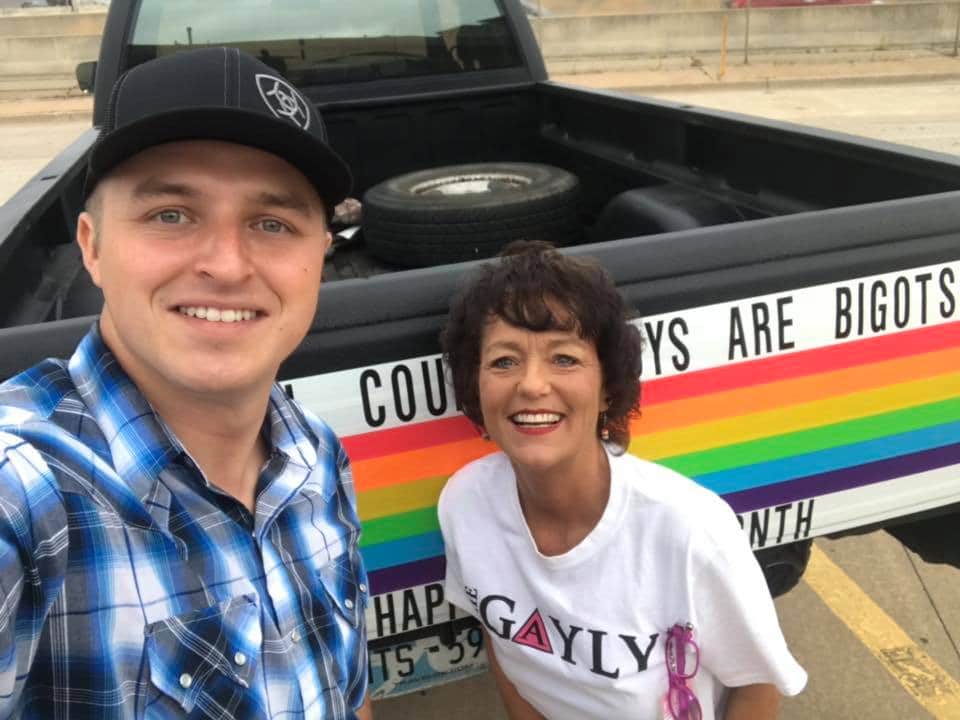 Cody Barlow, left, with Editor-in-Chief of Oklahoma City’s The Gayly, at the start of the Oklahoma City Pride parade. From facebook.com/thegayly.

Cody Barlow, the self-described “country boy” with the rainbow pride pickup truck, joined the Oklahoma City Pride parade on June 22 and was greeted like a superstar, with cheers, tears, and lots of hugs from spectators throughout the event.

Barlow, a Navy veteran, lives in Wagoner, Okla., a small rural town in central Oklahoma. He was invited to participate in the parade by the staff of The Gayly, a newspaper in Oklahoma City.

Barlow turned his pickup truck (and himself) into a viral internet sensation when he posted a photo on Facebook that showed the truck’s tailgate, which he decorated with rainbow colors and the message “Not all country boys are bigots. Happy pride month.” 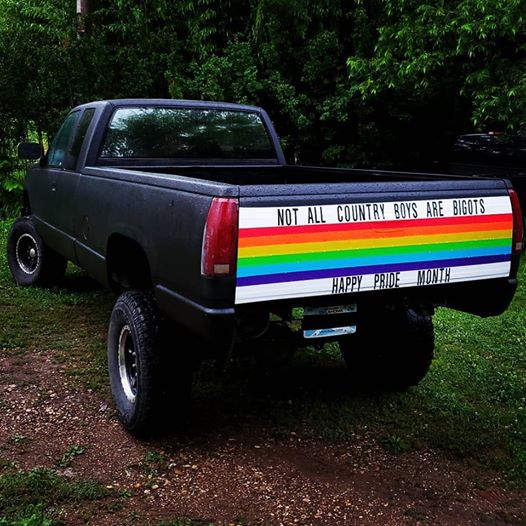 The event in Oklahoma City was the second pride parade that Barlow joined with his truck. The week prior, Barlow drove in the Northwest Arkansas Pride parade in Fayetteville, Ark., and he commented on his Facebook page that the Fayetteville event was the first time he had attended a pride festival. Barlow thanked those in attendance for being very friendly, and said, “I would love to shake your hand or give you a hug and talk to you. Your stories mean a lot to me…I want to come support all of you. Don’t be hesitant to approach me, I’m just an average guy.”

Thousands of comments and photos have hit social media, some saying they were moved to tears when they met him, others praising Barlow and his truck with messages like “Had the pleasure of meeting this lovely gentleman today” and hashtags like “#gottoseeitinperson”.