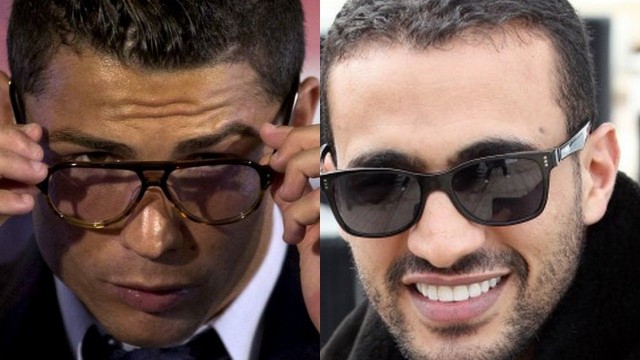 One of them is the Golden Boy of kickboxing, one of the world’s heavyweight champions, the other one has been voted the best soccer player in the world, with over 400 goals scored in his entire career. But that didn’t stop them from becoming man and wife for one day. The fortunate event took place in Morocco, where Ronaldo and Hari met during a vacation that brought the famous soccer icon in his buddy’s representative country. Hari posted the spicy photos on his Facebook profile and fans were all over them. They may not become a legitimate couple any time soon, but that doesn’t stop us from admiring their synergy. Actually, Ronaldo looks really good in the posture of a bride, but despite the ton of gay allegations coming from the media, he is a straight stud, the same as his best friend Hari.

Everybody knows that Ronaldo is a ladies’ man, even if he was never upset or disturbed by various presuppositions circulating over the internet. The friendly gesture between the two took place in a country that is extremely hostile to the LGBT community. Aside from the fact that same-sex couples is not recognized by the legal system, Morocco’s policy eliminates homosexuals from the civil rights laws, prohibiting them from gaining protection against discrimination and homophobia. Not exactly the dream place to live in.

Which makes their playful gesture that more meaningful.