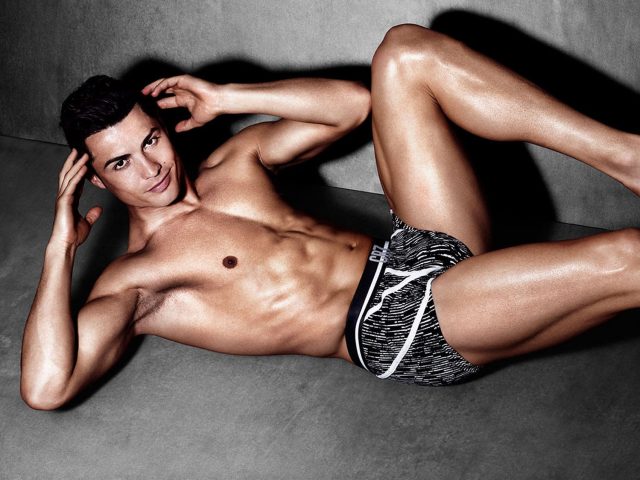 Famed footballer Cristiano Ronaldo is no stranger to showing some skin, but now the Real Madrid strike is taking it all off. He teased some revealing images from an upcoming nude photo shoot on Instagram.

In one shot, he’s sprawled out on a Le Corbusier chair with an arm behind his head, and only someone’s hand blocking our view. The accompanying caption reads “Soon,” taunting us with more to come.

Another image gives us a view of Ronaldo’s impressive back.

Maybe all this is to remind us how handsome he is after that unfortunate statue was unveiled at Madeira airport? Even a hunk like Ronaldo, 32, can have his confidence shaken by something like that.

His CR7 brand has been offering footwear, fragrance, and, of course, underwear, since 2015.