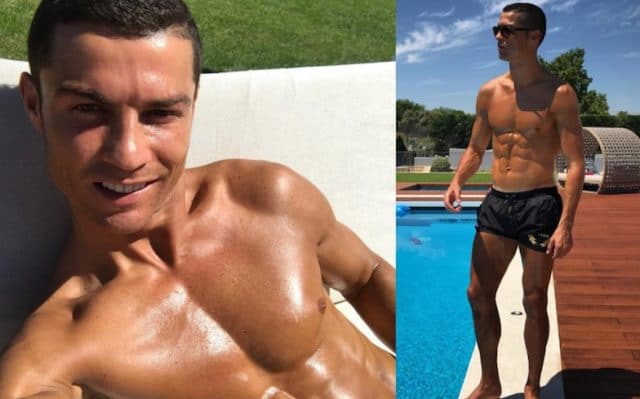 If there’s anyone who could quite literally make us salivate at the mouth like a dog in heat, it’s Cristiano Ronaldo – that body is just a work of art, isn’t it?

The Real Madrid footballer reached 100 million followers on Instagram in May, making him the fourth most followed person on the social media app, as well as the most followed male.

Is it hard to see why? Not at all. Just look at his new Instagram photo…

And here’s another pulse-racing photo from earlier in June. 4 million likes? Not surprising…

Just relax and enjoy the view??

Cristiano, if you need a hand applying some oil/sun-lotion, we’ll happily do a Katniss Everdeen and volunteer as tribute.

If you’re feeling thirsty for some more of the Ronaldo, check out some of his hottest ever pictures here.