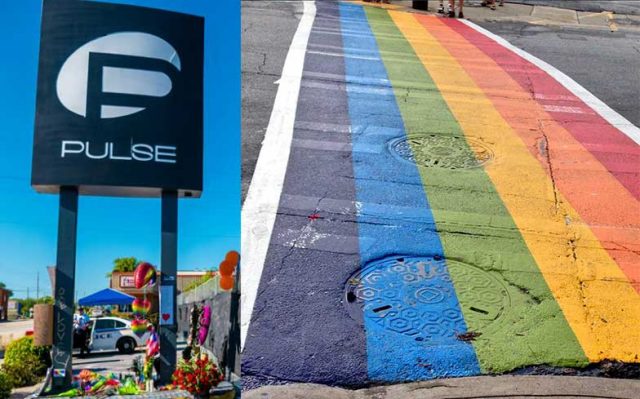 The expected cost to install a rainbow crosswalk across four sides of an intersection has caused quite the controversy.

At nearly $200,000 to the City of Atlanta and located at 10th Street and Piedmont Avenue, some have come to question if it’s money well spent.

The colourful tribute was set to remember those who were killed in the tragedy at Pulse Orlando that saw 49 people killed at the LGBT+ nightclub.

The cost is expected to cover a year of maintenance from contractors before a new team takes responsibility for them. They’re expected to remain at the location for up to ten years.

Mayor Kasim Reed wanted to mark the Orlando anniversary in Atlanta, and has justified the $200,000 cost.

“It’s approximately $198,000,” he commented. “We certainly can afford it do it. There’s overwhelming support within the Atlanta City Council to do it.”

The city of Atlanta says the new rainbow crosswalk in Midtown cost $196,000. pic.twitter.com/0mjrH0rs1c

12 months on from the tragedy, Donald Trump vowed to “never forget” those who lost their lives in Orlando last year.

Despite refusing to acknowledge Pride month, breaking Barack Obama’s eight year run of issuing proclamations during the LGBT+ celebrations, US President Trump has attempted to honour those who lost their lives.

He wrote on Twitter: “We will NEVER FORGET the victims who lost their lives one year ago today in the horrific Pulse Night Club shooting. #OrlandoUnitedDay”

The massacre, which took place at LGBT+ nightclub Pulse in Orlando, Florida on 12 June 2016, has been described as the deadliest mass shooting in modern American history and left 49 people dead and another 53 injured.