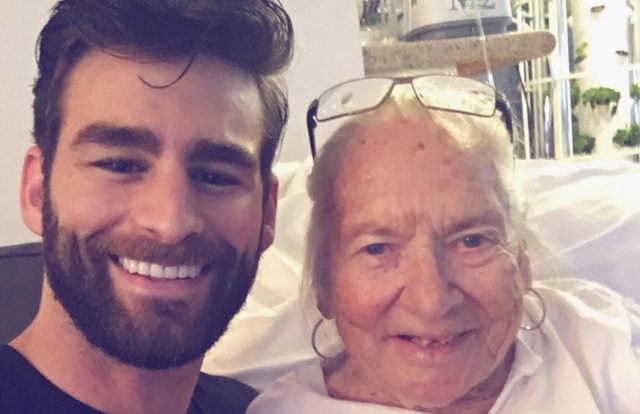 ‘She called me the grandson she never had’

There’s truly nothing more attractive than kindness.
Actor Chris Salvatore has warmed hearts around the world by taking in his ill 89-year-old neighbor.

The Eating Out star moved his friend Norma Cook into his LA apartment late last year. His sweet act of hospitality has led to an outpouring of praise online. Norma has been suffering from leukaemia and pneumonia.

He also moved in her cat, Hermes.

He regularly shares photos of he and his houseguest, and has said they even spent New Year’s Eve together.

Openly gay Chris’s screen credits include the film Paternity Leave and three films from the Eating Out franchise.

He told TODAY: ‘The nurses and doctors told her that it would be a miracle if she lived past the holidays, so the fact that she’s still thriving is just a really great thing. She’s doing great. If you could see her right now, she looks so cute on the couch with her feet propped up. She just hangs out on my couch and watches TV.’

Taking to Instagram, Chris recently told his 258k followers: ‘We are reaching the 2 month mark since my neighbor Norma has come home from the hospital.

Norma and I are finally watching one of her favorites together! ????#haroldandmaude #myneighbornorma

‘To prolong the remaining funds to prevent her from having to be moved into a county facility, Norma and I have decided to move her into my apartment across the hall where she now has her own beautiful room and bathroom! She loves it!

‘I do most of my work at home so I am here most of the time to care for her so it only made sense to the both of us. She is my adopted grandmother and I am her grandson she never had.

‘We will still have caregivers coming in to care for her as well as her weekly hospice visits from the nurses and doctors. I just wanted to let you all know Norma loves reading your comments and I seriously think all the support and love is keeping her healthy. Now who wants to come to dinner?’

Chris, we want to marry you.

Nick Gayer
0
"This is the end of the road for us." Khloe Kardashian is back helping people live their best lives on Season 2 of E!’s Revenge... 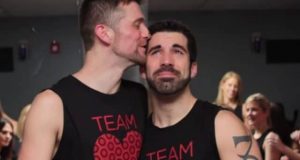 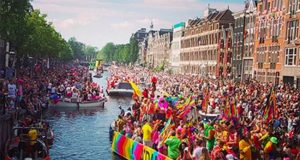 Take a look at the 25 best pictures from Amsterdam Pride,...

Nick Gayer
0
The Dutch know how to get wet and wild Pride in Amsterdam is unique as it is the only parade for LGBTI people on the...