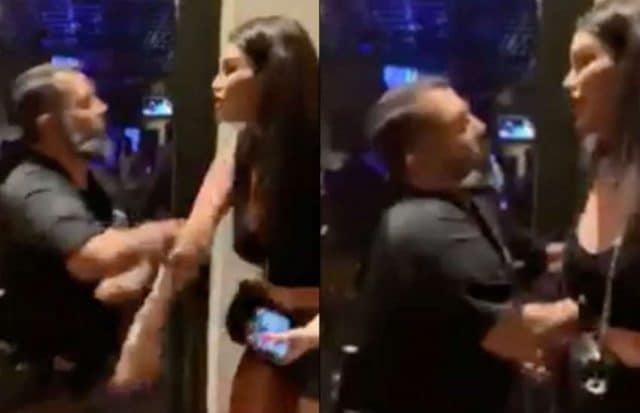 A Dallas gay bar manager was fired for refusing to serve a trans woman.

Blair Jirousek, was visiting from New York, when she and a friend went to JR’s Bar and Grill last Tuesday (4 June).

A bartender, also a manager, asked for their IDs when they ordered drinks.

He refused to serve them and handed back their IDs without explanation, according to friend Daniel Heredia.

‘Her ID is real but has her boy name on it since she has not been able to legally change it yet,’ Heredia wrote.

‘All of her cards have the same name on it. Everything in her wallet points to her being a real person.’

While the group tried to explain, but the bartender wouldn’t listen.

He added: ‘It all felt like it stemmed from transphobia’.

The group decided to stay and watch a drag show.

Another friend of Heredia’s walked in, greeted him, and then ordered a drink.

The first bartender then walked over to them and said, ‘I’m not going to serve you because you’re friends with her’.

The friend ‘had no idea what had happened much less even knew Blair,’ according to Heredia.

JR’s Bar and Grill then escorted the group out of the bar and the guard offered no explanation, according to the post.

Jirousek called the police and they verified her ID was valid.

However, the establishment has the right to refuse service for any reason. The group would also be arrested if they entered JR’s again.

‘Transphobia is not ok,’ Heredia said in the post.

‘This is pride month and we should be accepting of all genders and sexual preferences, uplifting our community not tearing it down. It’s sad that a place i have grown to love and appreciate is supporting people that have nothing better to do with their time than hate.’

The bar issued a statement Thursday saying the offending bartender had been fired and that JR’s will not tolerate discrimination.

‘Early this morning, we were notified of an incident that occurred at JR’s Bar & Grill last night [actually Tuesday night, by Heredia’s account] involving a staff member and several of our patrons,’ the statement reads.

‘While our employees take every measure to ensure the safety of both staff and patrons, any actions that are deemed contra to our beliefs and values as a company will not be tolerated.

‘After reviewing the situation and gathering statements from the parties involved, the company has chosen to terminate the employee in question effective immediately.

‘We are against discrimination of any kind, and work diligently with all employees to ensure that our bar is a welcoming space for everyone to celebrate. We respect and value people from all communities and will continue to advocate for diversity and inclusivity.’