Home Gay Life Dame Angela Lansbury Opens Up About Her First Marriage To A Gay... 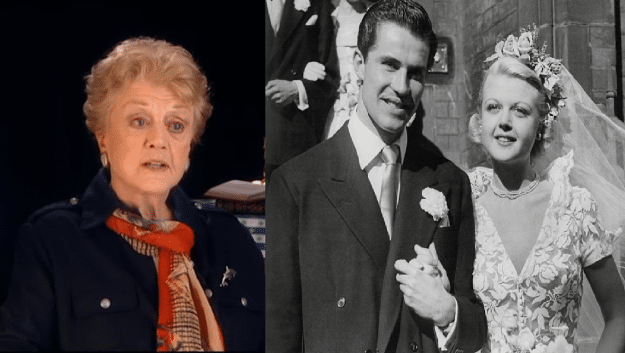 Dame Angela Lansbury talked to Radio Times about her first marriage to Richard Cromwell (who eventually came out as gay).

Lansbury married Cromwell in 1945 when she was 19 and he was 35, but the marriage only lasted a year. After that however, the two remained good friends, Cromwell even befriended Lansbury’s next husband Peter Shaw, until Cromwell’s death in 1960.

In her interview to Radio Times, Lansbury confesses that she “had no idea that [she] was marrying a gay man.”

“I found him such an attractive individual.”

“He wanted to marry, he was fascinated with me, but only because of what he had seen on the screen, really.”

“It didn’t injure or damage me in any way, because he maintained a friendship with me and my future husband.”

She added: “But it was a shock to me when it ended, I wasn’t prepared for that. It was just a terrible error I made as a very young woman. But I don’t regret it.”

It would be remiss of us to not mention that most are talking about the second half of her interview where the famous actress shared her views on the ever going “Me Too” saga.

The star says when it comes to sexual harassment and abuse claims:

“There are two sides to this coin. We have to own up to the fact that women, since time immemorial, have gone out of their way to make themselves attractive.”

“And unfortunately it has backfired on us – and this is where we are today.”