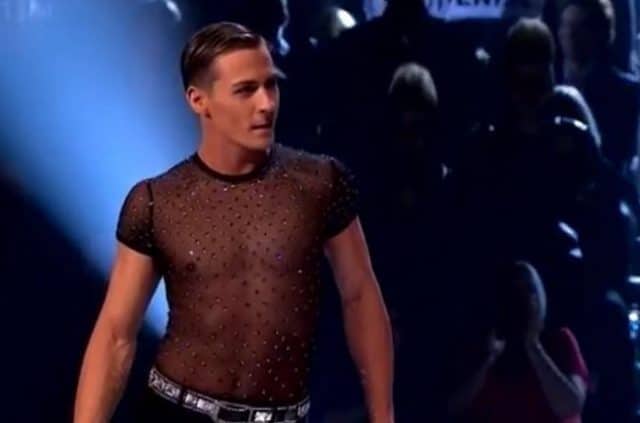 Dancing on Ice star Matt Evers has come out.

The 41-year-old professional ice skater — who’s coming back to the ITV series on Sunday after a four-year hiatus — talks openly about his homosexuality in Attitude‘s upcoming travel issue.

He’ll be paired up with Candice Brown, the Great British Bake Off winner, when he returns to the show this weekend.

Once married to a woman, Evers reveals his uncle died 20 years ago from an HIV/AIDS-related illness and had been “banished” from his religious parents shortly before his death.

“He was part of the original San Francisco and New York Fire Island crowd back in the 70s and 80s,” Evers tells Attitude.

“I didn’t know I was gay at the time, but when he was dying it hit me really hard that he didn’t know the love of his mum, my grandmother.

They were strict Catholics at the tip of the Bible belt. I wasn’t aware of why his passing and the thought of him never being accepted by his own family hurt me so much until I realized I was gay. It’s scary, the difference between generations.”

The fact that Donald Trump is President of the United States was another deciding factor.

“Donald Trump has given a voice to the bullies,” he says. “Trump himself is a bully and I’m very outspoken about that.”

“I live my life by example, and I want to show young people that what you feel or how you were born isn’t something bad.”