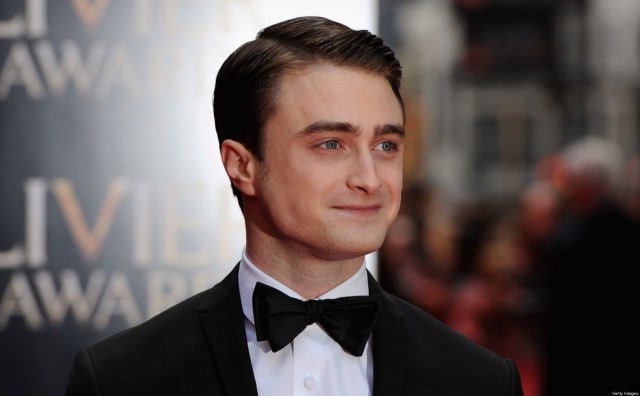 It is not a surprise for anybody that Daniel Radcliffe is a talented actor that doesn’t fear challenges when crossing its way. He admitted to have left Harry Potter with quite a satisfaction and started taking on more serious roles after that. But what really came as a surprise was his statement regarding the interpretation of highly sexual roles, especially gay. Going through Equus offered him the opportunity to find out about the The Trevor Project, an organization promoting gay teen suicide prevention and he considered it is time to step in. He declared in a 2010 interview that “I have always hated anybody who is not tolerant of gay men or lesbians or bisexuals. Now I am in the very fortunate position where I can actually help or do something about it.” Which he did, as he offered financial support to the organization many times since, earning him a “Hero Award” Then the “Kill your darlings” followed and Daniel had to take on the gay role of Allen Ginsberg, which he said it was quite a challenge, but that he could totally relate to general atmosphere. “I don’t think there’s any difference between how one falls in love. People express love differently, person to person, but it’s not gender or sexuality related.” he declared for Flaunt Magazine. Also, he’s co-star Dane DeHaan declared that during the filming, he had fallen for Daniel. Furthermore, after his eloquent interpretation, he seemed to have gathered quite some gay followers over the time, which he seemed totally fine with. In another interview for Out Magazine in 2013 he said, when asked what his thoughts were, when knowing that he is a gay icon: “Hey, I’m not complaining. It’s not particularly been a thing for me. I’ve always grown up around gay people. A good friend of my mom and dad’s named Mark was my first experience in knowing a gay man.”

But don’t get to ecstatic, because Daniel is straight. He said he had lost his virginity, at the age of 16, to a much older woman, which became a thing for him since then.

His latest movie, Victor Frankenstein, will be released in theaters in 25 November 2015.