Home Instahunks Darren Criss shows his for transformation for American Crime Story in a... 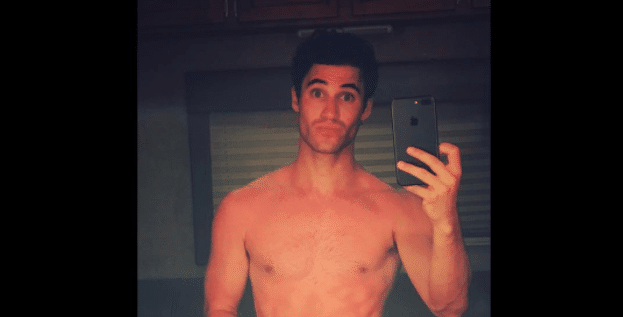 We can’t get over those V-lines

Darren Criss has transformed himself for American Crime Story.

The star has been cast in the show as serial killer Andrew Cunanan who infamously killed famous clothing designer, Gianni Versace.

In a bid to look the part, Darren’s bit hitting the gym hard and the results are pretty impressive. He took to Twitter last night to share a naked selfie after getting out the shower and honestly we need a moment.

So what's more red? My sunburn, my speedo, or YOUR FACE??? #ACSVersace pic.twitter.com/DT9z10OJ3n

He captioned the thirst trap: “So what’s more red? My sunburn, my speedo, or YOUR FACE??? #ACSVersace”

Edgar Ramirez will star alongside Criss as Gianni Versace himself, who was murdered by Cunanan outside of his Miami beach mansion in 1997.

Versace was the murderer’s fifth and final victim after a killing spree across the country. Cunanan himself was found dead eight days later after murdering Versace.

The Assassination of Gianni Versace: American Crime Story will debut on FX in 2018.