Home Gay Life Dear straight people, this is how you should act in gay bars 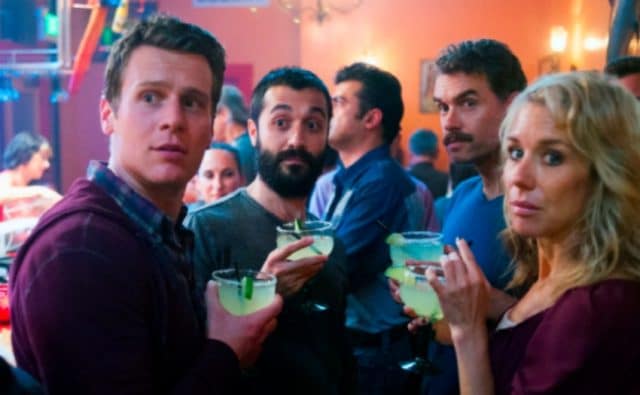 Gay bars are not just for LGBTI people, we all know this, but it is a sanctuary for them.

We all know that feeling when we see a drunk straight girl angry she’s not getting any attention or when a straight guy reacts badly to getting hit on.

So a gay guy has absolutely nailed how the straights should act when they’re in a gay space, and it essentially comes down to ‘have respect’.

Reddit was asked: ‘Gay men or anybody – Do you find it slightly weird or disrespectful when a group of straight people (often liberal college girls) want to hang out at gay bars or clubs?
And one user responded by saying: ‘Speaking as a gay guy, I don’t think it’s categorically rude; it depends on the circumstances, and how the straight person in question acts while there. I have written an open letter to the straight community to explain the nuances,

‘Generally speaking, you are perfectly welcome in our bars, as long as you keep in mind that they are spaces that are not intended to cater to you – if you think that’s unfair, then go cry about it ANYWHERE ELSE IN THE WORLD, since that’s the space that DOES cater to you, pretty much exclusively. You know that sense of discomfort and alienation that you sometimes feel in our bars? That’s how we feel in virtually every social space we go to, so please do not begrudge us this one public place on Earth where we can pay for the “privilege” to hit on, dance with, and make out with people we actually find attractive without watching our backs.

‘For straight women, respecting the importance of our sanctuaries means that you should recognize gay bars are not an ideal place to hold your bachelorette party (in jurisdictions where we are not allowed to marry, that’s particularly tacky); that, if you are a young attractive woman, you will not be the centre of attention that you are accustomed to being in straight bars, and that just because you are among a bunch of gay dudes does not mean you have free reign to drunkenly grope us on the dance floor or at the bar (by the same token, we do not have the right to paw at your boobs just because we are gay; I invite you to put any drunken gay lout who does so firmly in his place).

‘For straight men (particularly good-looking ones), you should prepare for the very real possibility that a gay dude might make a pass at you while you are at a gay bar. If you can’t find it in yourself to politely decline a pass from another guy, then stay the hell out. Most of the time saying something like, “I’m flattered, but straight” will be the end of it, but remember that some gay guys are jerks, just like some straight guys are jerks, and will likewise not respond well to having their advances rebuffed. If you don’t think you can handle that, then you can be sure that your night will be better spent in a straight bar, no matter how much better our music is (and it IS).

‘Finally, for straight couples, try to have some decorum. We don’t resent your dancing together or engaging in modest displays of affection. If, however, you descend into a full-blown grinding/makeout session on the dance floor, it kind of sends the signal that you are trying to lay claim to our space, and we may not take kindly to that. Again, you can console yourself with the knowledge that you can do that kind of thing pretty much anywhere else on the planet; you should be more than content with that.

‘In closing, feel free to come to a gay bar, as long as you respect the fact that it’s a GAY bar.