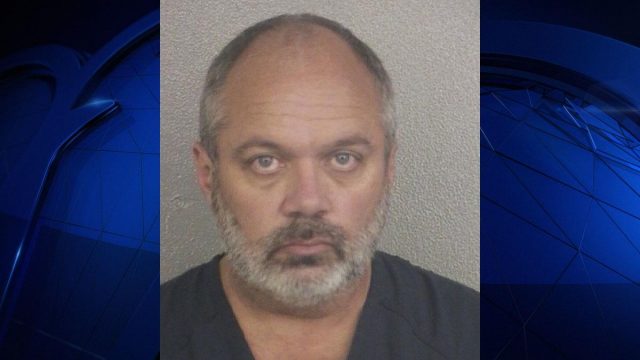 You may remember a post from earlier this year involving certifiable creepcake Craig Jungwirth, the Beach Bear Weekend organizer who took it upon himself to tell The Sisters of Perpetual Indulgence to “man up.” It soon became clear he was using the event primarily to scam money out of unsuspecting members of the gay community.

In case anyone needed further evidence that he’s crazy and otherwise inadvisable, Jungwirth is now threatening Peacock Panache, the publication that first broke the news about his profound unseemliness.

According to the paper, he’s left creepy voicemails and text messages and bombed their social media websites with spam and threats. He’s even tried to hack their server in an attempt to access articles they’ve written about him in the past.

In a Facebook post to user David Herbert, Jungwirth also decided it was wise to invoke the Orlando massacre:

My events are selling out cause you f**gots are total patsies. None of you deserve to live. If you losers thought the Pulse nightclub shooting was bad, wait till you see what I’m planning for Labor Day.

When Herbert warned he was contacting police, Jungwirth shot back with this:

You can’t never catch a genius from MIT and since you f**gots aren’t dying from AIDS anymore, I have a better solution to exterminate you losers. [SNIP]I’m gonna be killing you f*gs faster than the cops kill n**gers. It’s time to clean up Wilton Manors from all you AIDS infested losers.

According to a statement sent to Peacock Panache, authorities are aware of the situation:

The Wilton Manors Police Department (WMPD) takes all matters seriously especially when someone threatens the lives of the Wilton Manors Community to include our residents, business owners/employees, visitors, and the surrounding communities. The Wilton Manors Police Department is aware of this serious matter and our department is currently conducting an on-going investigation on this matter and the individual(s) involved. Due to the on-going investigation we are unable to provide any details about the investigation and what current information our department has learned about this matter and the individual(s) involved at this time.Please know that our Police Officers and Detectives are thoroughly investigating this serious matter and we ask the community to continue to contact local law enforcement officials should they hear or see any other additional posts on Social Media/new threats made by these individual(s) or anyone else.

As Peacock Panache reports, Jungwirth already has a prolific history of stalking and has myriad restraining orders under his belt.

We’ll be back with more gay news after this brief Silkwood shower.