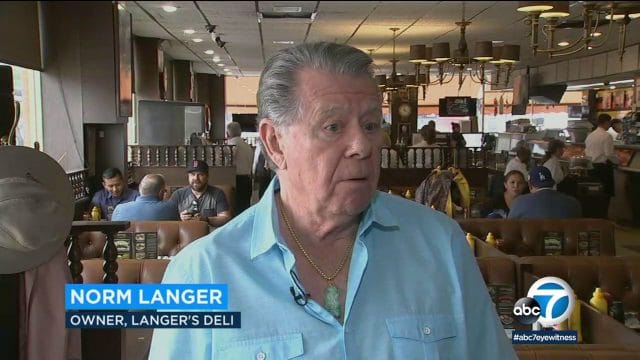 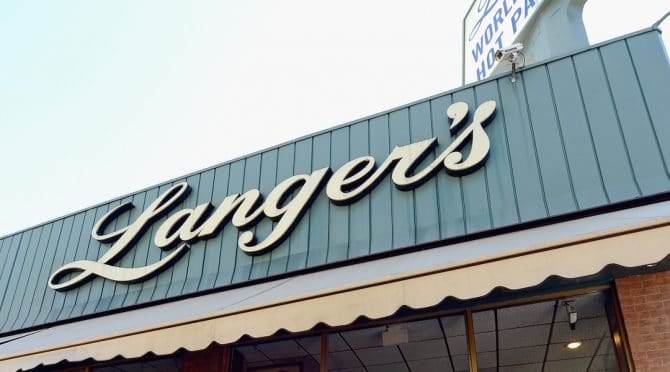 The owner of Langer’s Deli, a popular eatery in Los Angeles, has come under fire after he allegedly demanded a gay couple leave his restaurant last Saturday when he saw them kissing. But he insists he wasn’t being homophobic and that the whole thing has been blown out of proportion.

Earlier this week, Rachel Curry, accused the deli’s owner, Norm Langer, of creating an “unsafe space” for LGBTQ people when he hovered over her table with a walkie-talkie and humiliated her for kissing her girlfriend during Pride weekend.

After the story went viral, Langer issued a statement on Twitter. In it, he insisted that his deli has had a long-standing policy against “making out” that applies to everyone–gay or straight, writing:

Speaking to L.A. Times, Langer called the whole situation “absurd,” adding, “The two ladies came in around 11:30, they were sitting next to each other, and throughout the meal they started snuggling and making out.”

“I walked over to the table and said, ‘Hi, I’m Norm Langer. I’m glad you’re here, but it’s not really a place to make out. They said are you against the LGBTQ community, and I said, ‘No, I’m not.’”

In an interview with local news station ABC 7, Langer added, “They shared a lot more than a kiss. They were making out in the booth with arms around each other.”

He continued, “They accused me of asking them to leave, which I did not. I just asked them to refrain from kissing and making out in the booth. It became a spectacle.”

But Langer’s explanations have done little to quell the outcry. Many are calling for a boycott of the popular deli, and the business’ Yelp page has been hit with an onslaught of negative reviews, prompting moderators to flag it with an “Unusual Activity Alert.”