MIAMI (Reuters) – Democratic presidential contenders defended their ambitious plans to reshape the U.S. economy in the opening minutes of their first debate on Wednesday, saying Republican President Donald Trump’s policies benefited the wealthy at the expense of working Americans.

In the first of two back-to-back debates featuring 10 candidates each night, U.S. Senator Elizabeth Warren promised to promote policies that would level the playing field for workers and the middle class.

“I want to return government to the people,” said Warren, who vowed to break up tech companies and corporate monopolies. “It has been far too long that the monopolies have been making the campaign donations, have been funding the super PACS.”

The first debate could be a make-or-break moment for some of the contenders struggling to be noticed in a crowded Democratic field of more than 20 candidates battling for the right to face Trump in the 2020 election.

All 10 participants in the first encounter had an opportunity to step out of the shadow cast by front-runners Joe Biden and Bernie Sanders, who are scheduled to take the stage on Thursday night.

Warren, gaining strength in opinion polls, was the headliner on the opening night. She was joined onstage by nine other candidates, including U.S. Senators Cory Booker and Amy Klobuchar and former U.S. Representative Beto O’Rourke.

Booker, Klobuchar and O’Rourke have had their moments during the first few months of the race, but they have not broken through yet to mount a serious challenge to the top contenders. 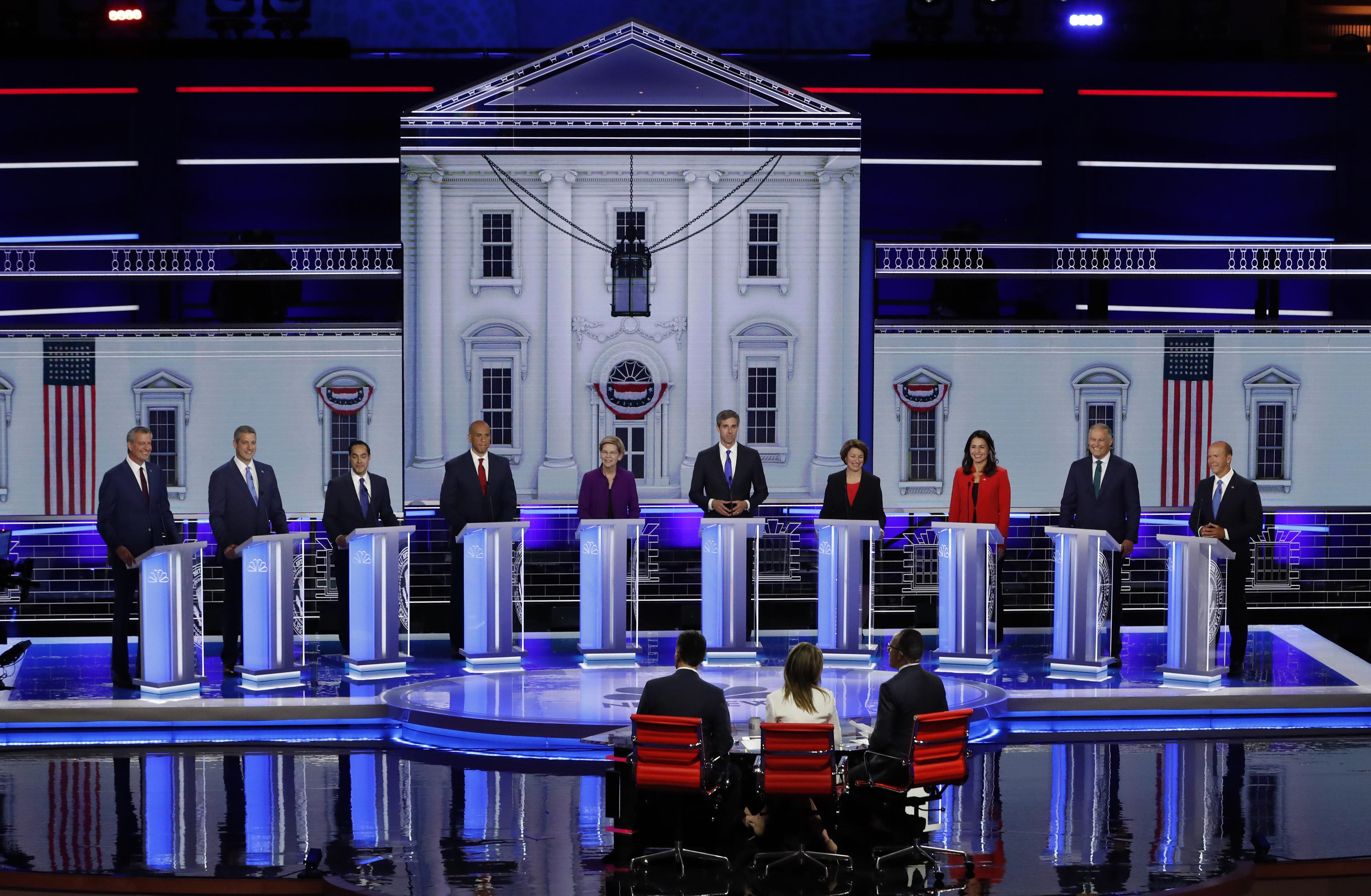 About 45 minutes before the debate began, Trump urged his followers on Twitter to catch the campaign’s response at several other social media accounts. “Sorry, I’m on Air Force One, off to save the Free World!” he said.