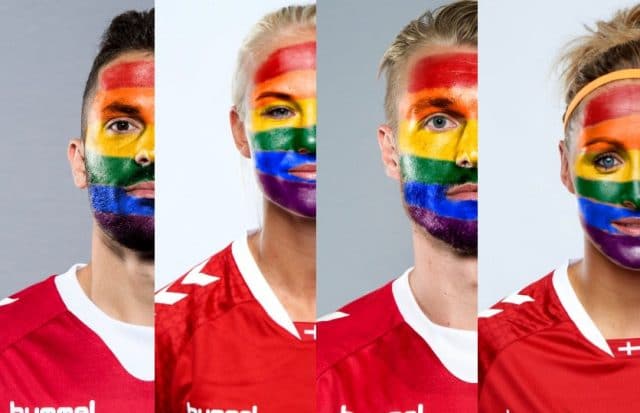 The goal is to fight homophobia in sports across the country.

The campaign includes players wearing rainbow armbands and shoe laces, and appearing in rainbow face paint on bus posters. Members of pro teams also marched in Copenhagen Pride in August, with the hashtag #FootballForAll being a rallying cry.

Mathias “Zanka” Jørgensen, FC Copenhagen captain, said, “Homophobia is a problem that we must take seriously. We are very happy that we can thus contribute to the fight against it.”

The goal is that the campaign will help fight against homophobic chants, homophobia in the locker room and on the field.

I am not a huge football (aka soccer) but I may have to start watching now.