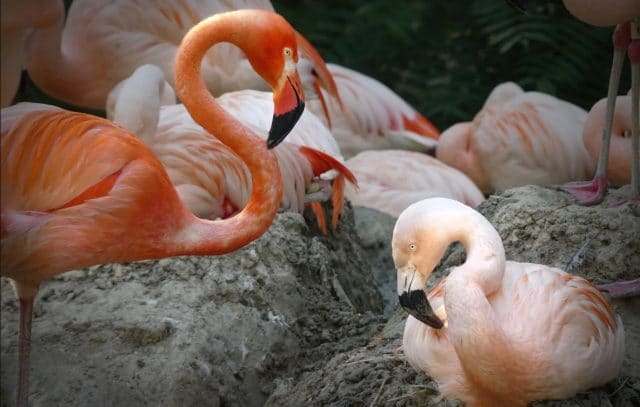 The Denver Zoo announced on Tuesday that two male flamingos, named Lance Bass and Freddie Mercury, have been a couple since 2014.

“Did you know that Denver Zoo is home to a same-sex flamingo couple?” the zoo wrote in a Facebook post on Tuesday, adding the hashtags “Pride” and “Zoo for all.” “Chilean flamingo Lance Bass and American flamingo Freddie Mercury have paired up for several years.”

The pair perform courtship rituals, like “head flagging,” and live in a nest mount they built on a communal island, according to Mary Jo Willis, a bird expert at the Denver Zoo.

Before the two coupled, Freddie was paired with a female American flamingo.

The zoo said “while these two males won’t be able to have a chick of their own, they are able to act as surrogate parents if a breeding pair is unable to raise their chick for any reason.”

Willis said the pair have been getting parenting practice by incubating a “dummy” egg.

Last year, a gentoo penguin pair in Sydney, Australia hatched an egg laid by another couple.