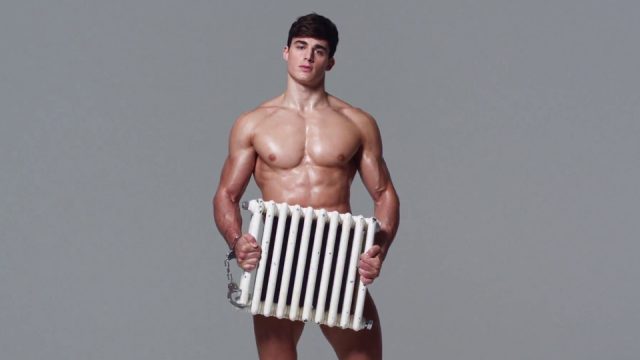 The former Attitude cover star’s career may have just taken an explicit turn.

We’re used to seeing a whole lot of model and engineering PhD Pietro Boselli, aka the world’s hottest Maths teacher, but this might take the biscuit.

After leaving nothing to the imagination in a picture with his brother last week, the 28-year-old may have gone one step step further during a shoot with A-list fashion photographer Mariano Vivanco.

Vivanco shared a picture from the shoot on Instagram earlier this week, showing Boselli in the nude, with nothing more than a bunch or orchids to protect his modesty. As some eagle-eyed fans have pointed out however, it seems the orchids might not be doing their job all that well…

The picture has divided opinion, with some saying any flesh on show is merely the former Attitude cover star’s thigh; but from the right angle, it does look it could be a fraction of the world’s hottest maths teacher’s you-know-what.

Maybe desperation has made us obtuse to the reality of the situation. Either way, full-frontal or no full-frontal, he’s still acute-y.

Here are a couple of added extras from the shoot for good measure:

Straight from the laptop, a different type of flower @pietroboselli ??

If you want to see more of Pietro, check out our exclusive behind the scenes video of the model getting ready for his Attitude Award Winner shoot here.