Home Gay Life Did Uber just side with a homophobic driver who left a gay... 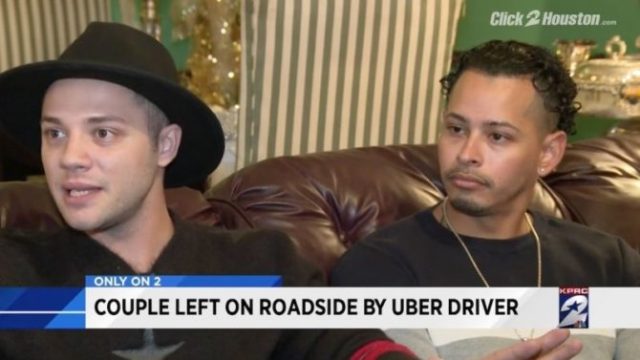 Here’s a new twist on a classic — another gay couple is claiming they were booted by their Uber driver after sharing an innocent kiss, but this time it was on a freeway!

Randall Magill, 28, and Jose Chavez, 26, a recently-engaged Houston couple, were on their way home from celebrating on New Year’s Eve when they suddenly found themselves on the shoulder of the Southwest Freeway, according to a report from KPRC-TV.

They claim that after their driver observed a quick peck in the backseat, he pulled over on the spot and ordered them to exit the vehicle, without seeking a safe drop-off point.

“I wasn’t doing anything that I wouldn’t have done in public. I’m not going to embarrass myself or my fiancé by any means,” Magill said. “I’ve never heard of anyone being asked to stop kissing anywhere, especially when you’re just peck on the lips.” 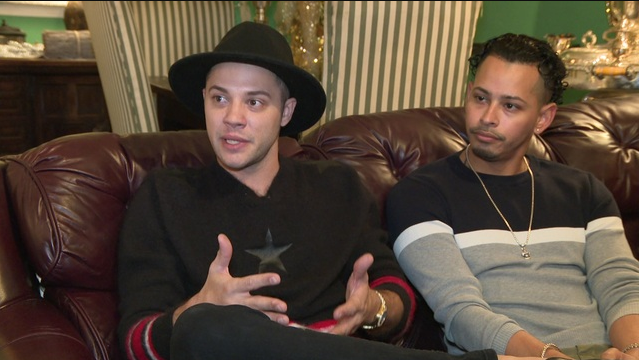 Magill added that the driver attempted to justify his homophobia by saying he’d also told a straight couple to stop kissing, but that fails to explain why it was the gay couple who were left “on the corner of 59 and New Castle, right next to the concrete sound barrier.”

According to Uber, both the couple and the driver reported the incident.

Uber also sent KPRC their non-discrimination policy and added this head-scratcher: “As our community guidelines make clear, you shouldn’t touch or flirt with other people in the car…That’s no sexual conduct with drivers or fellow riders, no matter what.”

You hear that, people? NO FLIRTING.