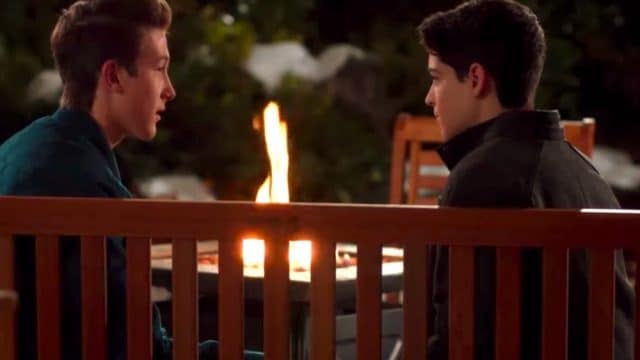 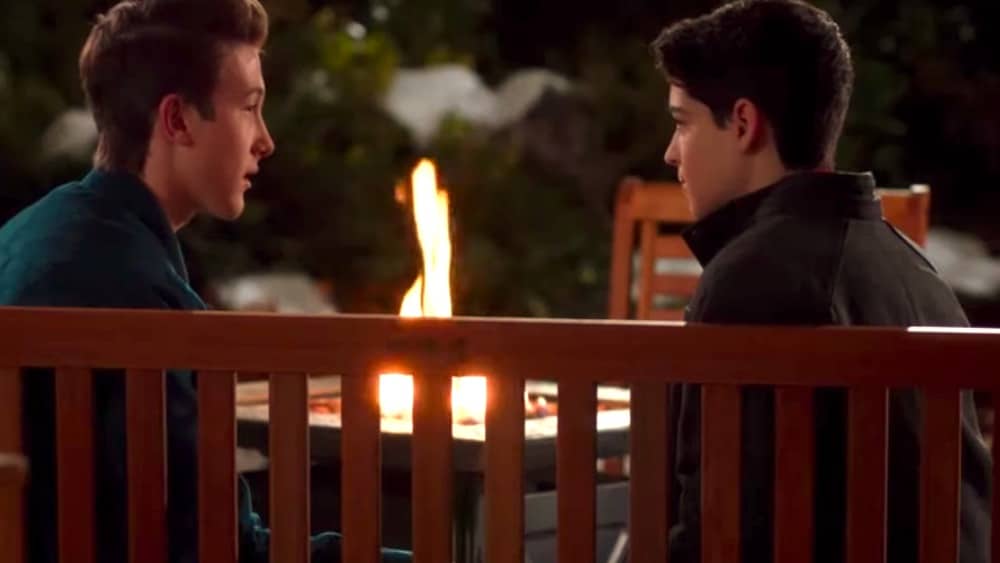 The Disney Channel made network history recently by featuring its first-ever teen same-sex couple on the final episode of its popular pre-teen drama series Andi Mack.

Fans of the show may remember that in October 2017 Cyrus Goodman, a friend of the show’s titular heroine, revealed he had a crush on a boy. Although the show subsequently left Goodman’s sexuality mostly unexplored, in February 2019, Goodman actually said “I’m gay,” another groundbreaking first for channel.

Some fans worried that Goodman’s sexual orientation would remain unexplored throughout the series’ third and final season. But then, in its final episode, Goodman flirted and held hands with his friend T.J. Kippen, the once-arrogant captain of the basketball team whose vulnerable side gradually appeared over two seasons.

Instead of telling you about the scene, just watch it for yourself below:

Considering how rarely any show depicts a pre-teen same-sex romance, this is a pretty big deal and exactly the sort of media representation that young queer people need to see that their feelings are valid and positive. It’s an even bigger deal when you consider that it’s coming from a major cable network geared towards kids. (Andi Mack was the channel’s most popular program among six- to 14-year-old viewers.)

In August 2018, Disney announced that it would present its first-ever openly gay character in its 2020 action comedy film Jungle Cruise. However, the role will be played by straight actor Jack Whitehall and the character won’t utter the words “I’m gay,” making him more “coded” than explicitly gay. Baby steps though …