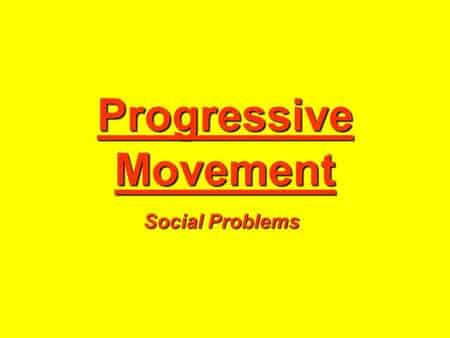 The other day a Facebook friend was trying to discount a critique of the coming “Day Without Women” strike. To her, the strike is an action every woman can participate in. The critique however, is that the action represents a white privilege perspective. Many women of color (WOC) simply can’t afford for multiple reasons to take a day off. Either the income they will lose is essential to their ability to exist or the threat of losing their job and losing any income source is just too great. Indeed the risk is not about WOC alone. Poor white women can be in the same boat and vulnerable in the same way.

The strike follows a similar action where persons with green cards went on strike for a day to draw attention to the ways that foreign workers are an essential part of the American economy. The risks for participation are not alike, because the issues are quite dissimilar. I have no real interest in having an opinion on the women’s strike itself as an action, but I understand the critique and believe it is a plausible and meaningful critique.

The situation reminds me of the controversy raised over the Pittsburgh Women’s March that led to there being two somewhat competing marches. Here in Pittsburgh, WOC felt left out of any planning and organization for the event and only after they raised their voices was any attempt made to include them. I know a number of WOC who have been active and real leaders in the struggle for gender equity and reproductive rights. For them to be left out and their experience not brought on board was simply ludicrous.

The argument in both of these cases is that the intended outcome or goal of the effort is for everyone, so why make waves and be critical? Often, the need to display a unified front takes precedent over the value of having diversity at the organizing level.

This dynamic is not limited to the struggle for women’s rights. The same criticism is made yearly of the Delta Foundation and their approach to Pittsburgh Pride.  Delta doesn’t understand the outrage that comes from parts of the community, because their efforts as they see it, are for everyone. But those within the Queer community call out Delta for being a small group of white men and a straight women who make all the decisions. The whole of the Queer community wants to be at the table and be part of the decision making process.

So the folks with the power and doing the organizing are left dumbfounded. Why be critical of this thing we are doing for everyone, and the people offering the criticism are saying, unless you are including all of us in the decision making process, what you create is not really for everyone.

I agree with that criticism. For the progressive movement to make progress, it will have to evaluate how it is operating, and make diversity and inclusion central to the efforts.Placing diversity and inclusion at the heart of organizing doesn’t mean planning actions and events for everyone, but rather distributing the power of organizing to  include a diverse group in the planning process.

If I get a lot of push back to this idea- that the Progressive Movement needs to be diverse and inclusive– I’ll write more about the “why” of it. But I’m going to assume, that my readers will, for the most part, agree with that sentiment. Today, I want to focus on the “how” of it, which is both simple and hard at the same time.

Too often in progressive activism, we feel a massive urgency to act and act quickly, and that urgency impacts the way we organize. A small group of like-minded people get an idea for an action, and because they are already in contact with one another, they get together to get the ball rolling on planning some action. They believe that by planning an action with the goal being to benefit everyone, they are doing the right thing. The few white women who are organizing a women’s march for all women, and the Delta Foundation means for their Pride to be for everyone within the LGBT community.  In their eyes, they are doing a good thing making something that should benefit everyone.

This urgency coupled with the fact that most of us interact on an ongoing basis with people like ourselves sets us up to organize without having diversity at the table. The solution is to alter our organizing efforts. The first step ought to be, to get together and look around the hypothetical table. If everyone at the table looks like us, then our next step– and the only next step — must be to reach out and pull in people who are not like us. This must happen before we start the actual planning and organizing. We can not be successful at operating with diversity, if creating that diverse group is a second or later effort. If seeking diversity only happens after there has been criticism, we have already failed.

There is a fallacy at the heart of organizing isolated to people like us. We start from the false idea that our experience is broad enough to be the same as everyone else’s experience. We dismiss other perspectives and ideas as unimportant and without value, which is inherently harmful to the end result. We may not consciously think these other perspectives and ideas are less valuable, but we have treated them that way, by making the conscious choice to not care enough to get a diverse group around the table at the start.

Some will complain that in this time of so many attacks on every social Justice front, we can’t afford to slow the organizing process down like that. My point, is that we can’t afford not to.

Here is the hard part. How much diversity is enough or when do we know we are diverse enough to dig into the organizing? There is no simple answer to that except to say, when you look around and you ask, “Are we all alike,” if the answer is “no,” then you may have enough diversity and inclusion to get going. I’d say the reality is that there is no such thing as too much diversity, and that being an inclusive group isn’t about counting the differences. It is easy to fall prey to tokenism– seeking one one of this and one of that differences. But even with hat pitfall as a possible risk, you just have to start working towards diversity. The base question is, “Are we all alike.”

This question, “Are we all alike,” is not the same, as “Do we want the same outcome.” Although they are sometimes confused, or the latter is offered up as to why the first is not considered. Rather ask, are youth involved in meaningful ways. Is there a racial and ethnic diversity of the participants. Does this make sense?

When we stop acting out of the false idea that our perspectives are broad enough to apply to everyone, and start seeking out the power of operating as a diverse and inclusive group, we will begin to make greater strides ahead as progressives.