We are used to attribute feelings of love and empathy only to us, humans, but these characteristics are not exclusively human.

In the most recent years there have been numerous experiments destined to follow the social and the emotional life in the animal kingdom and what has been discovered amazed scientists everywhere. It seems that not only animals can experience feelings of love and loyalty, but can also enjoy a sex act up to that point where they will only do it out of sheer pleasure. Here are some of the most infamous creatures that you have had no idea that they possessed these traits: It has shown that chimpanzees often mate just as a social relief of tension. What’s better than a fast but comforting sex act when things don’t go so well?

Actually, 75% of their sexual activity is not for reproductive purposes. Furthermore, hierarchically inferior chimpanzees need to avoid the leader if they want to get a piece of a female, which means that they will only have sex with their chosen one when no one is watching. They also become bisexual later in life and, despite not being so resilient, they compensate by having multiple sexual acts per hour. Also, it seems like they are strongly attracted to women, as it has been discovered that a human female’s body eliminates the same pheromones a female dolphin. They are actually called short-nose fruit bats and they have developed an ingenuous technique to prolong their orgasm and that is…oral sex. This appears to be especially the female’s job, since she needs to keep stimulating the male during the sex act. 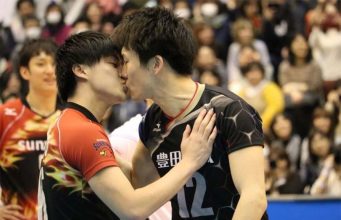 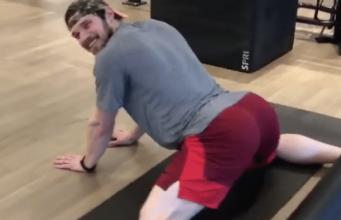