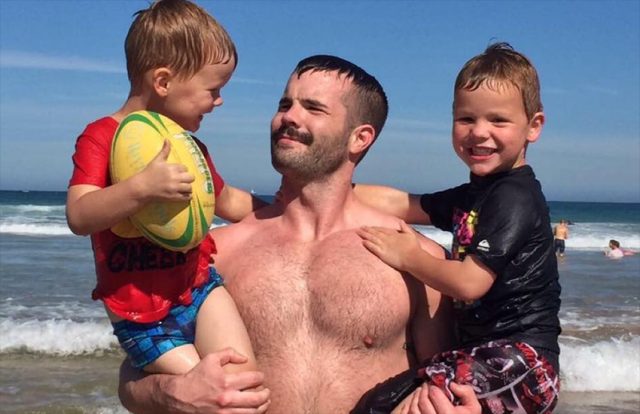 14 August is the day for all nephews and nieces to show their #GayUnclesDay appreciation…. apparently

It perhaps shouldn’t be taken entirely seriously, but an internet hashtag campaign has begun trending to make #GayUnclesDay a thing.

The day in question is Sunday 14 August.

Given that every day of the year has now been earmarked as some sort of celebration, we don’t see why a Gay Uncles Day should be dismissed outright. After all, it beats ‘Thrift Store Day’ and ‘Mail Order Catalog Day’, which also fall this week.

Then again, we can’t image nephews and nieces relishing the thought of having to spend their pocket money on yet more cards and presents for family members.

Although it’s only taken off in the last few days, the concept of a Gay Uncles Day was actually first mooted on Facebook back in May by Florida resident C.J Hatter.

In a posting this week, he elaborated on his reasoning behind the concept.

‘Virtually every family had that relative, often an uncle, who spent his life as a “confirmed bachelor.”

‘Oh, uncle Johnny will settle down when he finds the right girl.”
‘Families have denied the truth of these gay relatives for centuries. In researching my own family tree, I’ve uncovered a few examples of men who were likely gay, yet have never been acknowledged by the family. They became a dead-end branch on the tree… forgotten in family lore and history.

‘My goal in promoting this day of celebration is to normalize the role of the gay uncle, cousin, brother… whatever, in the family and in society. The more visible we are, and the more forthright we and our loved ones are of our very existence, the less uncomfortable society will be with us.’

The original idea was given a significant boost this week when hunky Olympic bob skier Simon Dunn posted a meme about it to his Facebook and Twitter, which has since been shared thousands of times.

Regardless of whether it actually takes off, we’re loving how gay uncles everywhere – and their sassy young relatives – are responding to the idea.

I've seen a few post today wanting to make August 14 "Gay Uncles Day" or "Guncles Day" what do you think?

Aug 14 is #GayUnclesDay. What my 8 nieces & nephews get for Xmas will be determined by the texts they send that day. pic.twitter.com/X766CDSary

#gayunclesday#gayuncles Hooray hooray !! At bloody last after the fortune you spend on every bugger else's. Days !!?????#gay#life#pride#