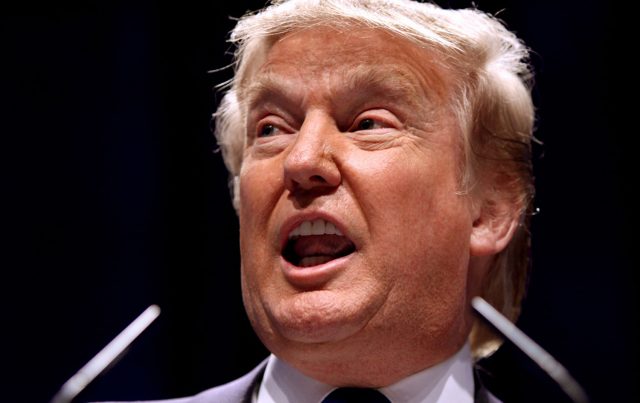 President-elect Trump says he’s “fine” with the marriage equality verdict handed down by the Supreme Court, however, other rights such as a women’s right to choose appear in jeopardy.

During a wide ranging interview with CBS’ 60 minutes, the future leader of one of the most influential countries in the world, Donald Trump said he was ‘fine’ with same-sex marriage.

“It’s law,” he told CBS’ Leslie Stahl, “It was settled in the Supreme Court. I mean it’s done.”

Trump’s stance on same-sex marriage, much like his pledges to build walls and drain swamps, seems to have once again flip flopped.

Politifact concluded in August this year that Donald Trump is in-fact against same-sex marriage.

They based this conclusion on statements, interviews and actions by the businessman dating all the way back to the year 2000.

However, during an interview on FOX news with host Chris Wallace in January this year, Trump conceded that he might appoint judges that could overrule the Supreme Court’s decision.

“Are you saying that if you become president, you might try to appoint justices to overrule the decision on same-sex marriage?” Asked Wallace.

“I would strongly consider that, yes,” Trump replied.

Just last year he explicitly said in an interview with CNN that he supported ‘traditional marriage.’

Many publications have been quick to call Mr Trump out on his almost perpetual flip-flop on issues.

“The real takeaway in this interview is that the president-elect is more scared of LGBT people than he is of social conservatives,” writes Lucas Grindley for The Advocate.

“He knows, and he’s always known, that we are the most organised, the most capable of turning back his agenda.”

The Supreme Court and the appointment of a judge to replace Antonin Scalia was at the forefront of the president-elect’s conversation with 60 minutes.

Stahl enquired whether Mr Trump would seek to overturn Roe v Wade, a 1973 case that upheld the right to abortion.

Trump was, in contrast, adamant about gun rights, telling CBS that he wanted to stack the supreme court with justices that would defend the right to bear Arms. “Everybody’s talking about the second amendment and they’re trying to dice it up and change it, they’re going to be very pro-second amendment,” Trump commented.