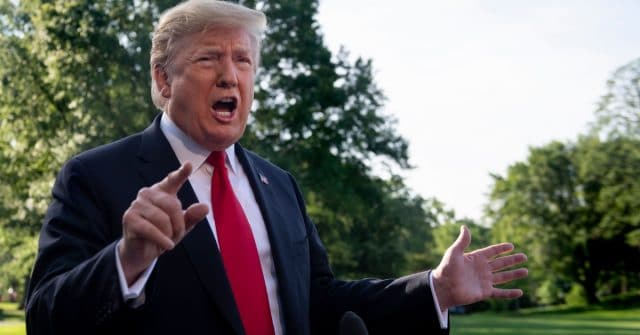 Donald Trump is being sued over his reported plan to let adoption and foster agencies reject same-sex couples.

The American Civil Liberties Union (ACLU) said that it is suing the Trump administration and the state of South Carolina over the reported plan, which would allow federally-funded religious agencies to discriminate against queer or non-Christian people.

“Families who are rejected by an agency because of their faith or sexual orientation may not have other options in their area,” Leslie Cooper, deputy director of the ACLU LGBT and HIV project, said in a statement on Thursday (May 30).

“Even if they do, the sting and humiliation of discrimination may deter some from approaching other agencies to possibly face more discrimination.”

This policy is to be rolled out nationally as early as July, according to administration officials familiar with the matter.

Axios reported on May 24 that the White House would either roll back Obama-era protections which withdrew funding from adoption and foster agencies that discriminated against same-sex couples, or add an explicit exemption for religious organisations.

The White House has yet to confirm or deny these plans, but ACLU has filed a preemptive legal challenge.

“We’re not waiting for the Trump administration to drop this rule, which would go against long-standing best practices supported by every major child welfare organisation,” Cooper said.

“When families are deterred from fostering, this means that more children will be placed in group homes, separated from siblings, and age out of foster care without ever being adopted. This will ultimately cause the most harm to children in foster care who are in need of a loving home.”

The White House is already facing a legal challenge over its plan to scale down discrimination protections in healthcare which could have a big impact on the trans community.

Trump announced the new guidance on May 2, which gives healthcare professionals to deny treatments “that violate [their] conscience, religious beliefs, or moral convictions.”

Lambda Legal, Americans United and Center for Reproductive Rights filed a lawsuit on Tuesday (May 28) at the US District Court for the Northern District of California.

They argue that the rule is unconstitutional as it “advances specific religious beliefs in violation of the First Amendment [and] violates patients’ rights to privacy, liberty and equal dignity as guaranteed by the Fifth Amendment.”

Lambda Legal senior attorney Jamie Gliksberg said: “The breadth of the harm this new rule will cause is impossible to exaggerate, and opens up yet another front in the Trump Administration’s assault on civil rights of minorities and already marginalised, vulnerable populations.”

The proposed roll-backs on fostering and healthcare form part of a larger directive to place “religious freedom” ahead of LGBT rights.

On January 18, HHS announced that it was establishing a division of conscience and religious freedom which will “enforce laws and regulations that protect conscience and prohibit coercion on issues such as abortion and assisted suicide (among others) in HHS-funded or conducted programs and services.”

Trump has already targeted transgender Americans with a military ban, affecting the livelihoods of more than 13,000 active service people.