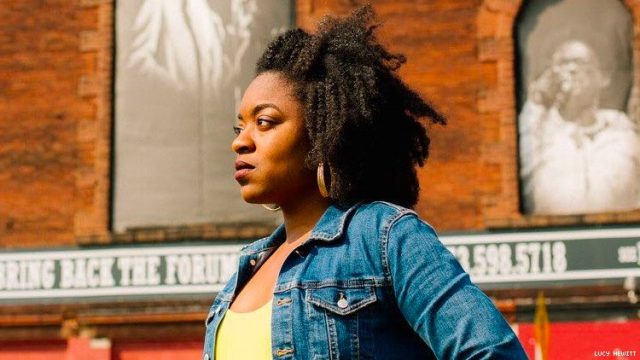 This weekend, when the Chicago Police Department released information suggesting that Empire actor Jussie Smollett helped stage an alleged racist and homophobic violent attack on Jan. 29, the general public and many initial supporters denounced the actor. Despite whether or not these claims are true, others — particularly those who have had firsthand experience with the notorious police department — believe that we shouldn’t be too quick to trust the information that they’re releasing.

One such person is Charlene Carruthers, a subject of our March cover story, a longtime community organizer in Chicago, and author of Unapologetic: A Black, Queer, and Feminist Mandate for Radical Movements. In this interview with Out, she shares her personal experiences with the CPD, why our communities need solutions to violence and harm that don’t revolve around policing, and how the conflicting reports are impacting the local community.

I was shocked, sad, and angry because I know the dominant narrative about white supremacist violence skips over the long history of that type of violence against Black people in Chicago. As a Black person who’s a part of the LGBTQ community, I was afraid. If this could happen to him, it could happen to me. It could happen to somebody I know and care about.

I fundamentally do not belief that our city, state, [or] federal government can give Black people justice and that the policies and laws that allow people to be tried for hate crimes and be found guilty of them is a system that consistently falls short for our people. So, I wasn’t excited or optimistic when I heard the reports that [the assailants] could be charged with a hate crime because when Black people experience violence from anyone there’s no guarantee that there’s going to be restoration or accountability for it. If someone is found guilty of a hate crime, that doesn’t automatically mean that the person or people who experience that violence will ever get the care or justice that they need. Hate crimes [legislation] is woefully insufficient in delivering justice, and it actually doesn’t prevent people from committing acts of violence against other people when it’s motivated by white supremacy, homophobia, transphobia, and anti-Blackness.

Fundamentally, the CPD on a day-to-day basis does not operate as an entity that keeps us safe as Black people or queer folk. We have examples of Black men in Chicago being victimized, brutalized, harassed, and harmed by the CPD. I don’t feel safe by the hyper presence of the CPD in the neighborhood I grew up in in Chicago. The second thing people should know is that they have a very low clearance rate in actually determining who committed certain acts of violence against other people, particularly in Black neighborhoods. Even though they receive nearly 40 percent of the public service budget in Chicago, they actually are a very ineffective force in preventing or even solving instances of violence that people, particularly Black folks, experience in our neighborhoods.

Lastly, I think it’s important to note that the CPD has been under the scrutiny of local and federal government agencies. It was investigated in order to determine a pattern of not just abuse, but one of reasonable and unlawful force when they were considering a consent decree for Chicago. Just a couple years ago, survivors of police torture received reparations from the city of Chicago. It was the first ordinance of this nature for Black people in this country, in our history. It’s not just speculation — the city [government] of Chicago has recognized the capacity and the actual actions of the CPD to torture Black people. We should always approach the CPD with skepticism and I think our work is to really think about why we don’t have another [accountability] body that can look at the stories and reports and determine the information for our folks.

People who are survivors of sexual violence don’t report because they know that more often than not, they’re not going to be believed [or] they are actually going to be criminalized by the police. I think we all should turn our energy towards community-based organizations and institutions rooted in restorative and transformative justice. An unfortunate truth is that we don’t have enough [of them] and our city spends more [money] on policing than it does on mental healthcare. Our city prioritizes policing over community-based safety programming. So, for people who experience these things, the sad reality is our government is not in a position to help people actually experience justice. We have to turn our righteous sadness and anger into organizing to have the services and institutions our people deserve.

It comes as no surprise that someone wouldn’t want to turn over their phone to a police department in this country. I have no idea exactly why he didn’t, I can only speculate. And I can relate. I wouldn’t want to turn my phone over to the police department. Black folks in Chicago have a knowledge and history of knowing the CPD have on many occasions planted information and various things on folks that they didn’t have and turned out to be harmful to the person. We know this goes beyond Chicago. Almost any city in this country, where there are Black people, there’s a level of skepticism. I think people should not use the decision Jussie made to not turn his phone over as fodder to say [his report] isn’t true. That’s not fair grounds given the pattern of behavior that the CPD has historically demonstrated.

I think a lot of people are in a state of dismay, sadness, and anger because when you hear a story as visceral as this one, you want to do something about it. Then, hearing conflicting accounts confuses people. People just want to know what happened and they want anybody, including Jussie, to actually be well if they experience something like this. I think people are moving from a place of compassion. And they’re confused because, on one hand, we know we can’t trust CPD and, on the other hand, we’re receiving conflicting information about what happened or not. I think that’s also a tool that’s often deployed in our community and the truth is Black LGBTQ folks experience violence all too often.

My perception is everybody in media wants to be first in breaking the news. In that process, even minor things will be wrong including time, dates, and arcs. Some outlets will say that Jussie was a victim of a white supremacist attack while ignoring the reports of homophobia and some will solely focus on the homophobic parts and not note that this was a Black man. Many [outlets] fail in even telling a fuller arc. I think it prevents people from seeing themselves in it — Black folks at large who are not in the LGBTQ community and the LGBTQ folks who are not Black. Now, there’s all types of reports everywhere. Based on the information I do have, I hope Jussie gets what he needs whatever that is.

I think people will find it even more convenient to ignore how Black folks in the LGBTQ community experience various forms of violence from people they’re in relationship with, people they don’t know, the government, the police department, and the healthcare system. Homelessness is violence. Poverty is violence. In the neighborhood I live in, I see what Black folks, especially Black trans women, are faced with every single day when it comes to safety, housing, and employment. People could use this [instance] as even more fodder to not believe what’s happening to people, which in turn impacts politics, how budgets run, and how people treat people they encounter every day.

I think it really taps into a lot of the fears I carry with me every day. I live in Chicago, and it’s a northern city that’s supposed to be ‘Democratic with a big D’ and folks are supposed to be fairly progressive or liberal, but it just adds to the anxiety and fear I have for myself and the people I care about. Living in this time with [Donald] Trump as president, and the people who support him being validated on an international level, it adds to that anxiety. It shines a light on the work we still have to do.

I’m a little more optimistic than usual to see how many people — because of their relationship to Jussie and his celebrity — actually spoke out against [the attack] and said something. People don’t have to say anything, but I do think so much of why we’re even talking about this is because he’s a celebrity, visible, and so many other visible people are in relationship to him. It wouldn’t even be a story if it was any other given Black person in the LGBTQ community. It gives us an opportunity to highlight what else is happening in our community and connect it to broader systemic issues. Our work as organizers or activists is to lift up the stories of the people who are typically ignored and erased.

No, I am clear in this moment that we may or may not ever find out what actually happened. People have to be at peace with that and it’s actually up to Jussie to determine what he actually does and needs — no matter what results come out of all of this.

Editor’s Note: Critical Resistance, a national member-based grassroots organization rooted in creating alternatives to the prison industrial complex, has created a list of resources on understanding restorative and transformative justice.