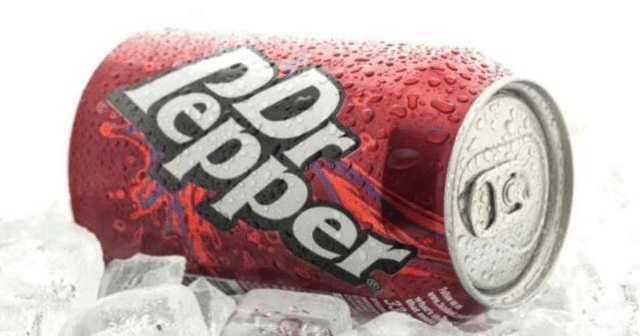 It turns out that the soft drink that’s marketed as having a unique taste may also have very specific tastes of its own… in the bedroom.

In one of the most memorably bold advertisements you’ll see this year, Dr. Pepper may have just come out as a gay male. Though Coca-Cola has yet to confirm or deny the veracity of the image, a photo allegedly from a Swedish gay magazine has gone viral, depicting the famous soft drink as both “Top,” “Bottom,” and, thusly– “Versatile.” 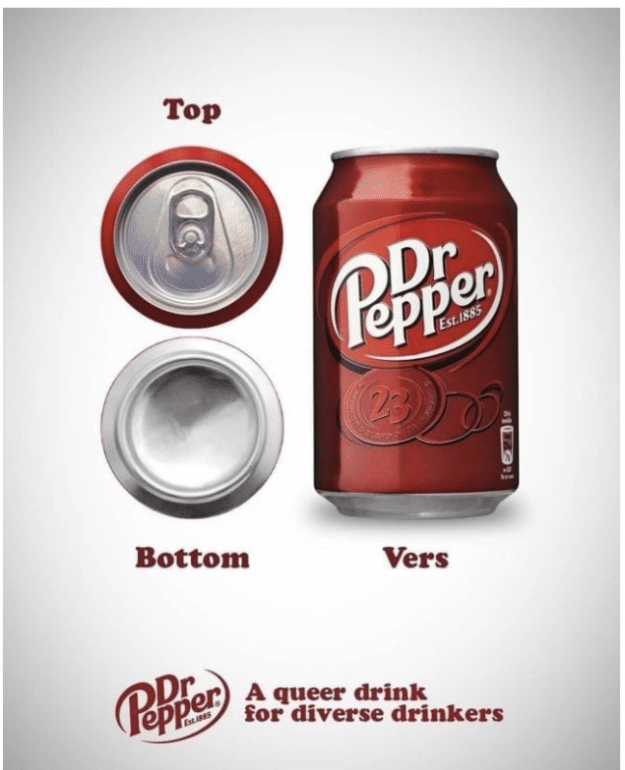 The alleged advertisement concludes that Dr. Pepper is a “queer drink for diverse drinkers.”

To some extent, it makes sense that Dr. Pepper would be the soft drink most suitable to market to queer consumers. It’s always been marketed for its individuality and “23 Flavors.” It can be served hot or cold. So it’s… different?

Public response to the alleged advertisement has been divisive. Some think it’s fun; others are ripping it to shreds.

“Not sure whether this is eyeroll or anger territory but it certainly is *bad*,” says one Twitter user. So queer, so Vers, so kooky.”

“Finally an ad that caters to me, a sexual can of Dr Pepper,” tweets another.

On the other hand, some admire the move.

“I find it gutsy as hell,” says a supporter. “It’s pretty sexual and to the point, so I give them much credit.” 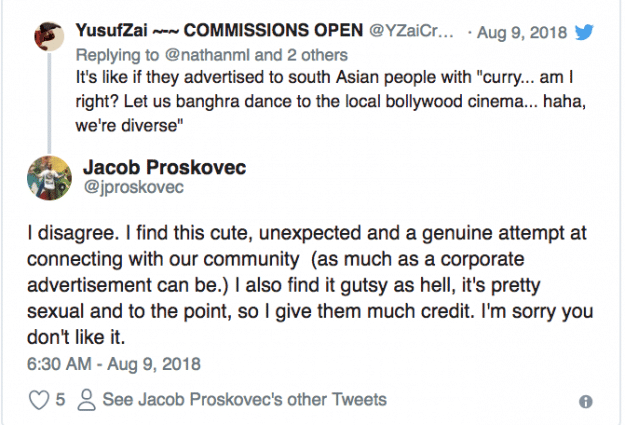 This is not the first time Coca-Cola (who manufactures Dr. Pepper in Europe) has targeted LGBTQ+ consumers. Earlier this year, a Super Bowl ad featured a non-binary person and a lesbian couple.