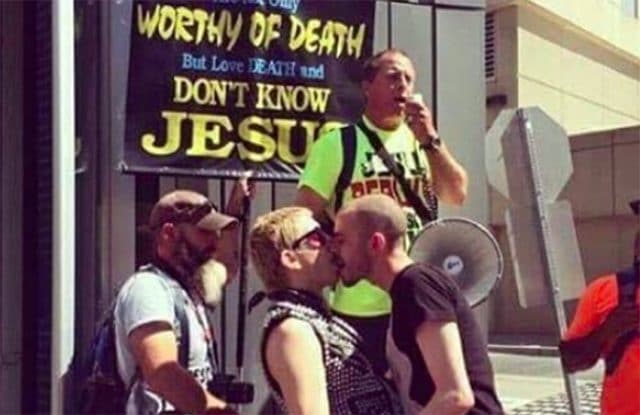 Homophobes were saying gay people were ‘worthy of death’

Real name Aaron Coady, the 35-year-old season 4 winner decided to fight back in front of group shouting bigotry in the street.
With boyfriend Chad O’Connell, the two locked lips to prove love will always trump hate.

It shows remarkable similarity to a kiss that went viral during the protests against same-sex marriage in France in 2012.

Hundreds of thousands of people took to the streets to fight for or against equal marriage.

In one moment, two girls decided to kiss in front of several homophobic protestors. One of the girls in the picture, Julia Pistolesi, described the moment as ‘full of emotion’. She added: ‘Homophobes…can piss off!’