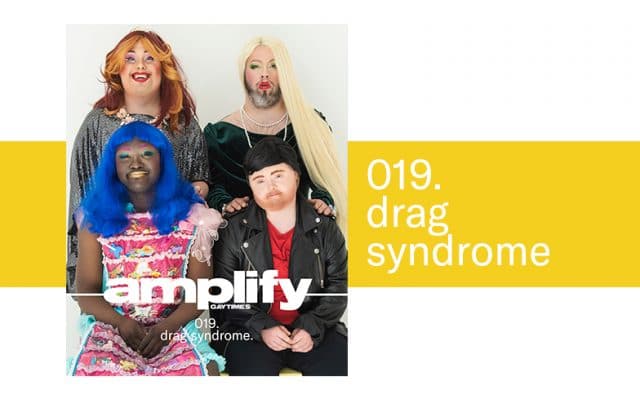 Founded by artistic director Daniel Vais in 2018, Drag Syndrome is the world’s first collective of drag queens and kings with Down syndrome, defying what society expects of them and proving that anyone can embrace their inner superstar.

As well as performing at iconic LGBTQ venues like the Royal Vauxhall Tavern, and British staples like the Royal Opera House and the Royal Albert Hall, they’ve travelled across Northern Europe and even have a tour of the globe planned for the year ahead.

Here, we speak to four members of the colourful troupe – Justin Bond, Horrora Shebang, Gaia Callas, and Lady Francesca – about the confidence that drag gives them, who their celebrity inspirations are, and how they deal with the haters.

When did you start doing drag?

Horrora: I started doing drag when I met Daniel a year ago at Vogue Fabrics in Dalston. I love performing, and I was really keen to visit lots of gay clubs with lots of men, and women as well.

Gaia: I started about a year ago. I think it was through my old theatre group called Heart n Soul which is based in Deptford.

Francesca: It was last year in April, when I performed at Vogue Fabrics in Dalston. 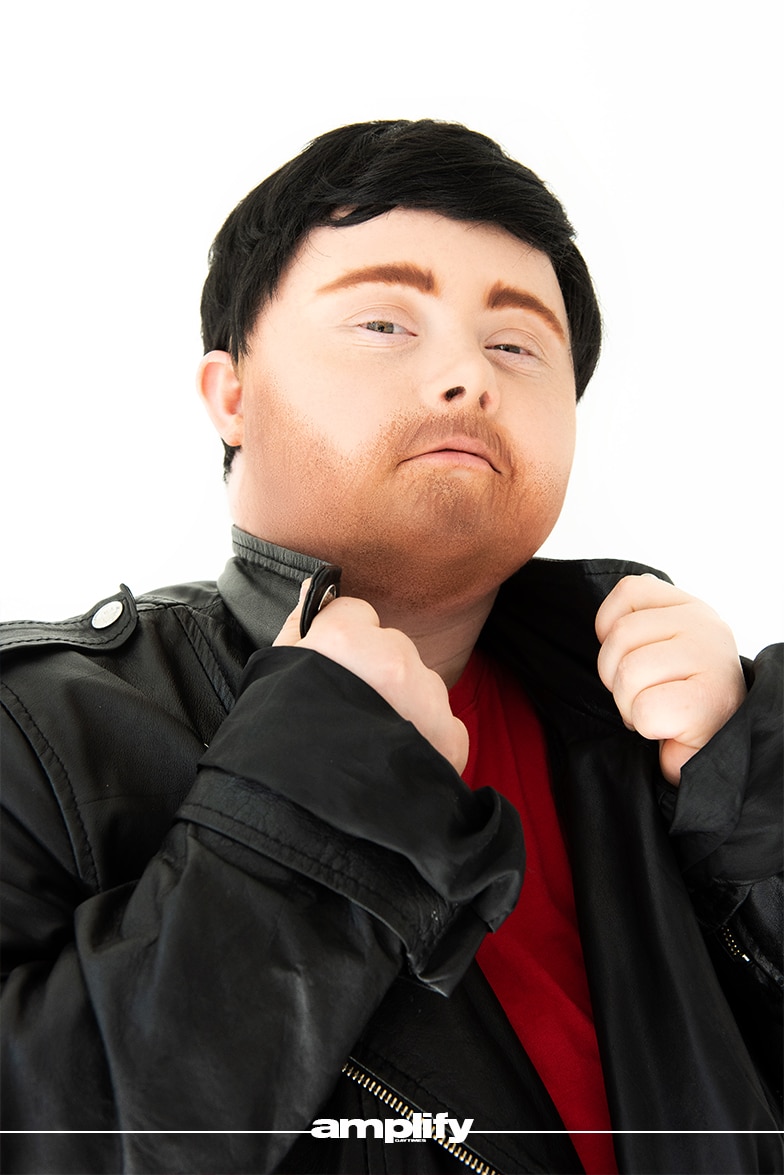 Tell us a bit about your drag alter ego?

Justin: My drag character is a handsome guy, he always gets the men’s attention – and the women’s attention. He always wants to go on stage performing the songs that he loves and getting that attention and encouragement from the audience.

Horrora: She likes to party and she likes a bit of competition, she’s very competitive! She likes to meet lots of men and women, she’s got lots of energy and colours, but sometimes she likes dark and grey colours too.

Gaia: She’s amazing. She’s a diva. She’s very, very naughty. She likes showing off for lots of people. She’s far too attractive and beautiful. I love it.

Francesca: She was born to dance, she likes wearing dresses and different styles of outfits. She wants to have her own unique style, and she likes doing as many drag shows as she can. But it’s all about her. She’s a diva. 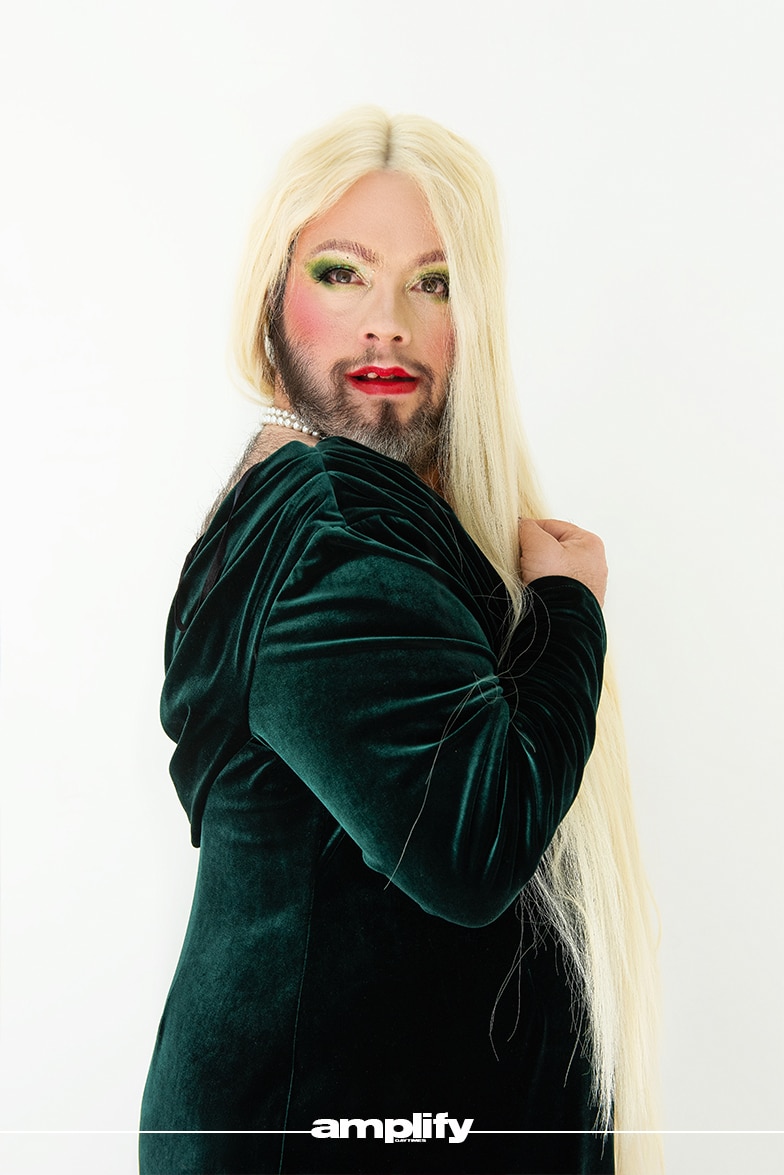 What’s your favourite part about getting into drag?

Justin: It makes me really confident. That’s why I love it.

Horrora: The thing I like about drag is meeting other people, lots of makeup artists, drag artists, lots of new faces and old faces. It’s exciting, it makes me feel sexy, I do lots of outrageous things. It makes me feel confident.

Do you have any favourite songs to perform on stage?

Justin: My favourite song is Let Me Love You by Mario, and I also like Faith by George Michael.

Francesca: I’m Every Woman by Whitney Houston, because she’s a boss lady, and No Scrubs by TLC, because in that song two of the ladies are singers and the other is a rapper. 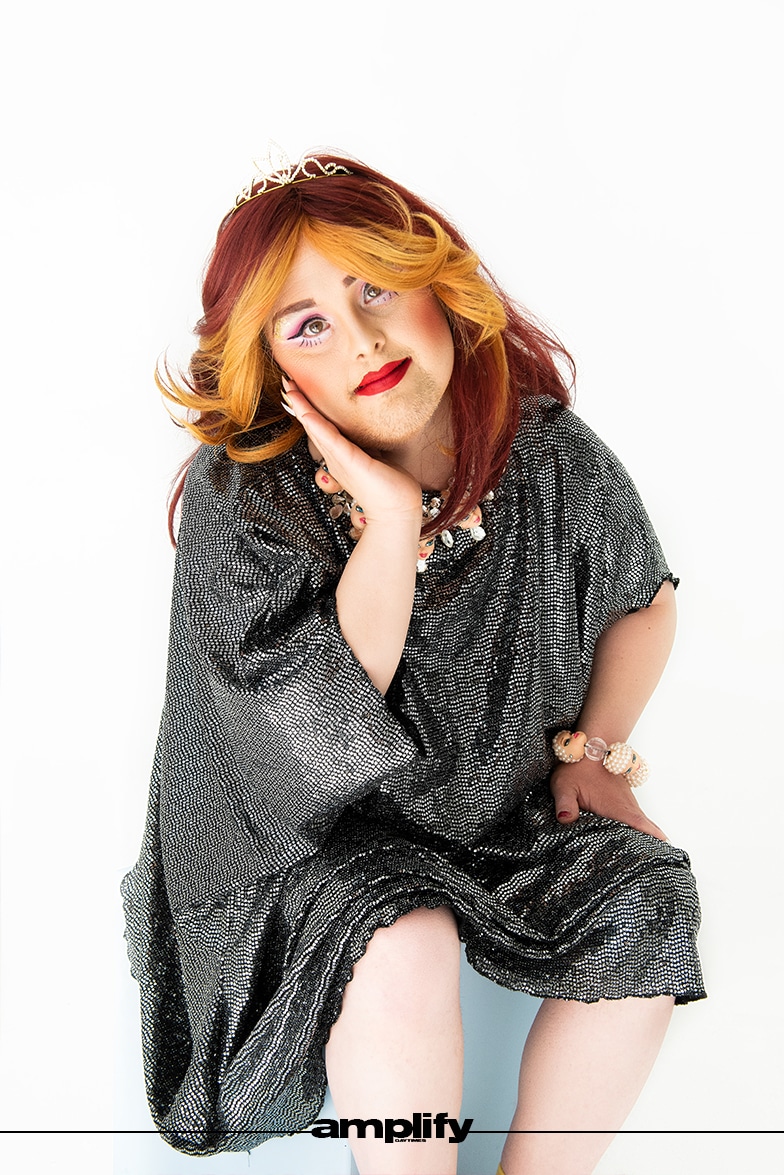 What celebrities or drag queens inspire you?

Justin: All the ones from RuPaul’s Drag Race. Nina Flowers, Raven, Tyra Sanchez, and Bob the Drag Queen are my favourites.

Horrora: My favourite drag queen has to be Lady Francesca. I also love David Hoyle, we performed together and she paid me very well. Sometimes I like to be spoiled. “Where’s my champagne?” [Laughs] I quite like Jessie J, and I like a new drag queen called Cara Melle. And there’s my brother as well, Rafaella. We give each other lots of tips and drag advice.

Gaia: The one that inspires me is Ruby Wax. I went to her show. What I love about her is that she makes you laugh.

What do you do outside of drag?

Justin: I have a YouTube channel, where I do makeup videos and stuff. When I’m older I want to be an actor, and a model, and a singer.

Horrora: I am directing a film, it’s a horror film about my life story. I’m directing, producing, starring in it, doing lots of sound effects and smoke screens and computer technology. We don’t know when it will be out but we’re going to put it on the television maybe next year. 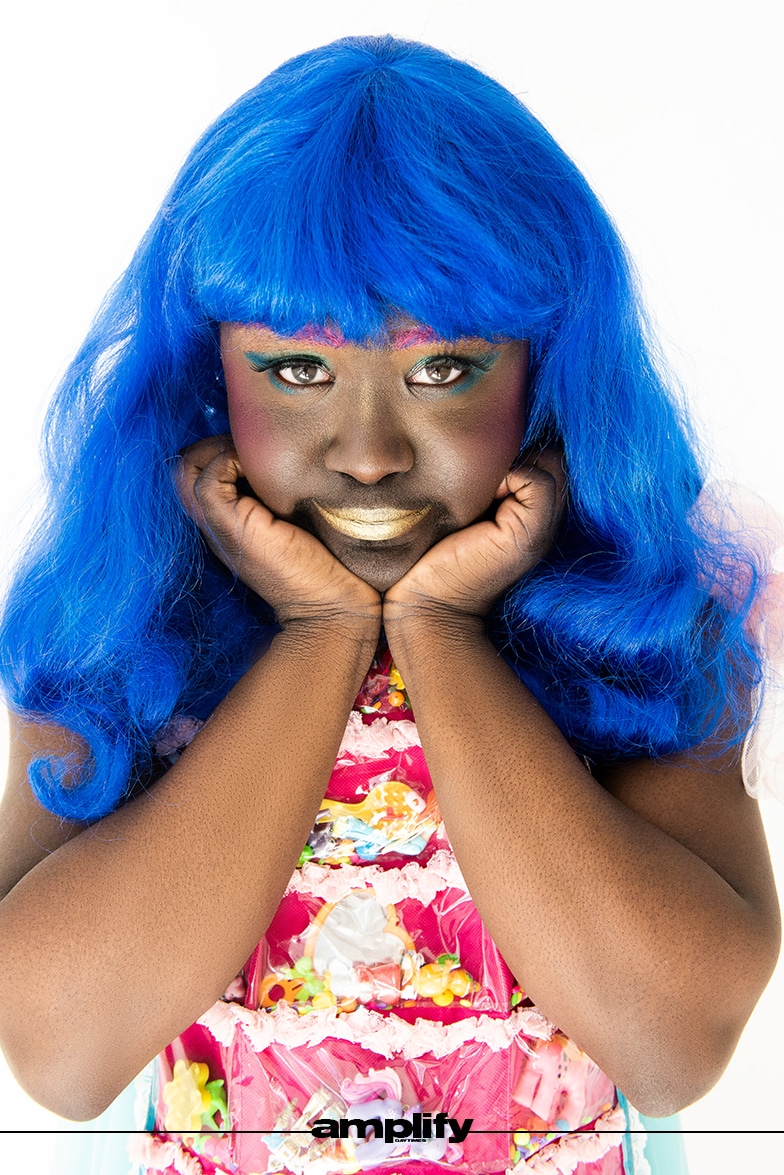 Have you ever had people say negative things about you doing drag?

Justin: Not about me, but about the group sometimes. It made them feel a bit sad.

Horrora: People say, ‘Who’s that idiot over there? Who’s that twit? He looks like he should be in the circus.’

Gaia: People say to me, ‘You can’t do that’. But I always explain to people, I am what I am, I am Gaia Callas. She is a diva. I really don’t care what people think of me. What I like about Drag Syndrome is that they don’t care what I am. I am unique.

Some people think that doing drag is wrong. What would you say to those people?

Justin: I would say, ‘Back off’. If you love drag, you should do drag, if you don’t like drag, it doesn’t matter, we can still do drag. You have to find out what you love and what you want to do.

Horrora: I tell them to shut up. Wearing drag is not wrong, we all feel quite excited about it. You can’t tell me what to do, I can do whatever I want, and you can’t make my decisions for me. Mind your own fucking business.

Gaia: People say to me, ‘Hey, you can’t do that’, and I say, ‘Look, don’t mess with Drag Syndrome, and don’t you dare mess with Gaia Callas, or she will get her claws in you.’ 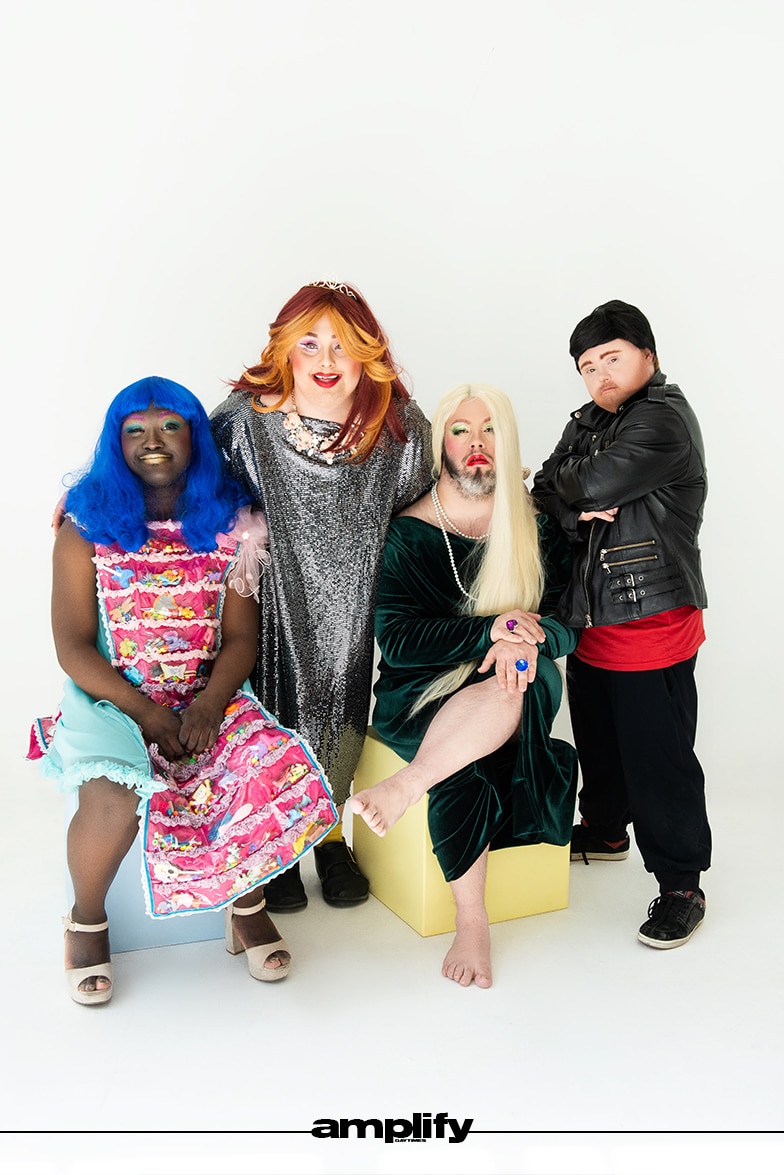 What advice would you give to other people with Down syndrome who want to start doing drag?

Justin: Well, for anyone out there with Down syndrome, or whatever disability you have, if you love drag, come to Drag Syndrome and be a part of us.

Horrora: Don’t be scared, don’t hide in the shadows, come out and see the light. We are the light. You can’t stay in the dark forever. You better come out and you will feel the love. Please come and join us. If you join with us, we can banish the darkness together.

Gaia: I would tell them, ‘Hey, let your hair down, you can be a part of Drag Syndrome too’.