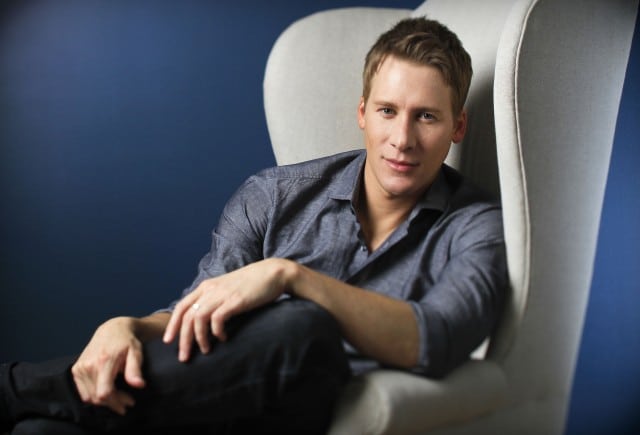 Oscar winner writer and producer Dustin Lance Black seems to be the happiest man, out and proud, with a successful career and a great fiance. However, things were not always so bright for Lance. Growing up in a Mormon family, in a culture that told him he would go to hell for loving men, it was hard for Lance.

Lance spoke for Loud and Proud series and revealed details about his childhood, how he discovered his sexuality and faced a world that was discriminating him.

“I was about 15 years old when I moved to the Bay area. At that point, for eight or nine years, all I’d had were negative messages from the church about going to hell. From the military environment, it’d been made clear that I was definitely somebody to be excluded and, being from the South, that I would bring shame to my family if any body found out,” Lance said.

He also talked about how these factors influenced his life at the time to the point of thinking to suicide.

“So I thought if I fell in love, I would go to hell, bring shame to my family, be bashed or be killed. That removes the possibility of love from someone’s entire life and replaces it with shame. As a young kid, you start to contemplate solutions for making this living thing shorter, I certainly did, and I know I’m not alone.

For Lance, salvation came when he moved to Bay Area and entered the world of theater in San Francisco. Then he learned about gay activist Harvey Milk and things started to become clear to him.

“I’d heard about this guy creating a world where it was possibly to be gay. All of a sudden, I realised I’d never heard one thing like that in my entire upbringing,” he recalls.

The story of Harvey Milk inspired and helped him, so he wanted to pass it forward.

“I was very lucky to hear the story of Harvey Milk, it was life-saving for me. I wanted to share it in case it helped others, but the story of one gay man isn’t going to do it.”

Dustin Lance Black thinks that Hollywood should be more aware about the way films can inspire and help the LGBT community. LGBT people need role models, stories to help them see their true colors.

“Until recently, Hollywood wasn’t there to support a production of easily accessible hero journeys for LGBT people. I think it’s incredibly important for young people who, as they come of age and might start hearing negative messages about who they are, that they also have a history of their forefathers and foremothers that they can draw inspiration from.”