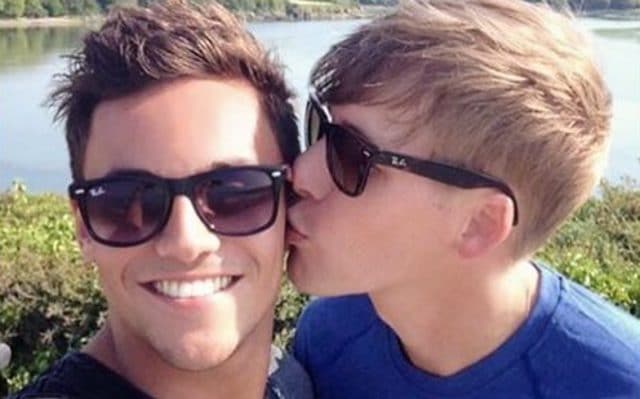 Dustin Lance Black says he “couldn’t be prouder” of his husband Tom Daley.

The diving superstar won gold in the 10m platform at the World Championships in Budapest over the weekend, with a score of 590.95 beating Olympic champion Chen Aisen of China who scored 585.25.

His big win came after a heartbreaking performance at the Rio Olympics last year, where Tom was knocked out in the semi-finals – but now he’s moving onwards and upwards.

And one person who’s even more proud of Tom than us is his husband Dustin, who took to Instagram to share a sweet message in tribute to the man he loves alongside a photo of him on the winner’s podium.

“I already couldn’t have loved you more or been prouder,” he wrote, “so I’ll just go full Texan and say Holy Cow! My husband is World Champion! Now let’s go honeymoon. I love you.”

I already couldn't have loved you more or been prouder so I'll just go full Texan and say Holy Cow! My husband is World Champion! Now let's go honeymoon. I love u @tomdaley1994!! PHOTO: @Kickboxerlad

After scoring gold, Tom told the BBC that he’s had “such a tough year” getting over his loss at Rio, but that he knew the World Championships in Budapest were his chance to “prove a point” to himself.

He then shared a photo with his gold medal on Instagram, and told followers he was preparing for a “long overdue” honeymoon with Dustin – make sure you send us pictures, Tom!