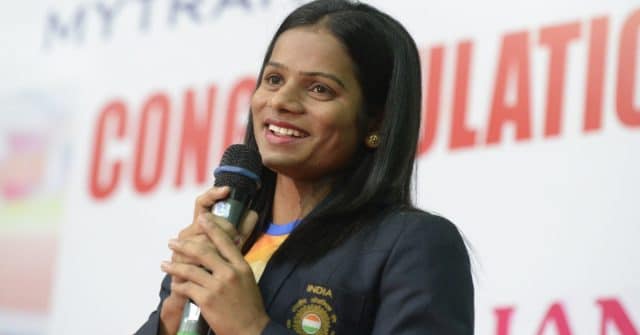 Dutee Chand becomes the first Indian sports star to open up about being in a same-sex relationship.

The 100m sprinter, who holds the title as India’s fastest woman and recently won two silver medals at the 2018 Asian Games, has revealed for the first time details about her relationship.

23-year-old Chand told The Indian Express that she has “found someone who is my soulmate”.

“I believe everyone should have the freedom to be with whoever they decide they want to be with,” she told reporters.

Chand is currently training for next year’s Olympic Games in Tokyo but has said she wants to focus on her relationship after she has competed.

“I have always supported the rights of those who want to be in a same-sex relationship. It is an individual person’s choice. Currently, my focus is on the World Championships and the Olympic Games but in the future, I would like to settle down with her.”

Chand said the decriminalisation of Section 377 of the Indian Penal Code last year had been an inspirational point for her and had encouraged her to speak out for the rights of the LGBT community.

“I believe nobody has the right to judge me as an athlete because of my decision to be with who I want. It is a personal decision, which should be respected. I will continue to strive to win medals for India at international meets.”

The 100m national record holder at 11.24 seconds said that her family had so far not raised any objections to her relationship, but that her sister has threatened to expel her.

“My eldest sister kind of wields power and authority in my family. She has thrown out my elder brother from home because she does not like his wife. She has threatened me that same will happen to me. But I am also an adult who has individual freedom. So, I decided to go ahead with this and make it public,” Chand said.

“My partner also agreed that we should make this public and face whatever repercussions it may bring to us.

I believe in individual freedom and the right to decide how and with whom I will live my life.”